C​urious to know what some of our homesitters got up to during lock-down.

Forbes - How To Prepare For A Prolonged Hospital Stay

How To Keep Your Dog Happy and Healthy During Your Move 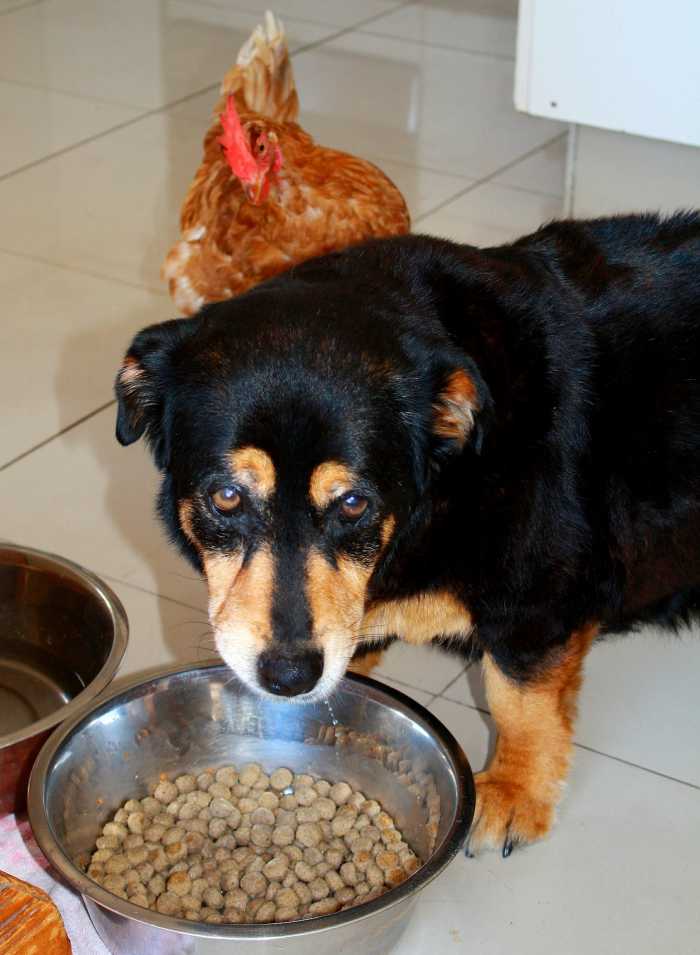 Image by Ulrike Mai from Pixabay

Written by Chris Lesley, Founder of Chickens And More

Dogs and chickens getting along may seem counterintuitive. After all, aren’t dogs related to animals that eat chickens? However, like most domesticated animals, dogs and chickens can get along if their humans train them well and carefully introduce them to each other.

While pet parents should absolutely take precautions to prevent either animal from hurting the other, after a period of time and a graduated introduction process, there’s no reason that dogs and chickens can’t safely interact and even start to enjoy each other’s company.

Here’s what you should know about introducing your chickens and dogs to one another.

People who have chickens aren’t wrong to worry that their dog’s first instinct might be to chase their chickens; after all, in the wild, their relationship would be one of predator and prey.

For a dog to be ready to meet chickens, they need to be well-trained and practiced at ignoring their instincts and listening to their human’s commands instead. This means meeting the chickens probably won’t be the first thing on a new dog’s agenda when they move into the house.

Instead, pet parents should focus on building up their own relationships with their dogs and making sure their pets are good at listening to and following commands–“sit” and “stay” in particular–before they start building a relationship between the dog and the chickens.

Dogs will do better overriding their instincts when meeting chickens if they’re happy, tired, and well-fed.

To that end, pet parents should make sure to feed their dogs before the introduction, as well as taking them for a long walk or engaging in a rambunctious round of their favorite play to tire them out and help them stay calm during their first meeting.

Both chicks and dogs could be frightened by meeting new, strange animals, so preparations should be made on both sides to keep them comfortable. The new dog or chick should be the only strange thing about this experience.

To ensure that, humans should keep dogs and chicks separate for at least the first few days the chicks are in the house, so that the chicks can get comfortable with their environment and with their human popping in and out, picking them up and handling them, etc.

If the chicks trust their human and associate them with food, water, and other good things, they’ll remain much calmer when confronted by a dog with their person by their side.

The same principle applies to the dog–they’ll remain much calmer in a familiar setting with their favorite family member or primary caretaker by their side.

Introducing Your Dogs To Chicks In The Home

Introducing a dog to chicks is easier than it sounds, in part because the pet parent has so much control over both the chicks and the dog.

Unlike humans, dogs explore new concepts through smell, so even just being in the room with the chicks will be a lot at first. For their first introduction, humans should put their dogs on short leashes, lead them up to the brood box where the chicks are, and have the dogs sit and stay by the brood box.

If the dogs can’t maintain a sit-stay by the chicks and instead appear restless and upset, it’s time for them to leave. They can try again the next day, and the next, until they’re comfortable enough to sit by the chicks and not fuss.

To help them achieve the desired calm, almost indifference to the chicks, pet parents should sit with their dogs and offer them lots of pets, praise, and treats when they’re sitting quietly.

Humans should remember they’re the “alpha” in the dogs’ pack, and the dogs will follow their lead. If they behave like there’s nothing to worry about, the dogs won’t worry.

A dog who can sit calmly and watch the chicks in the brooder box is ready for a face-to-face introduction.

Humans can pick up a chick and hold them up to the dog’s nose, so the dog can sniff the chick and associate this new, crazy scent with this little, yellow fluffball, and the chick will associate the big, hairy dog with their person and safety.

Introducing Your Dog To Adult Chickens In The Coop

The steps for making canine-chicken introductions are largely the same whether the dog meets the chickens as chicks or adults.

Keeping in mind that a dog’s primary way of understanding their world is through smell, humans should put their dogs on leashes and have them sit close enough to the chicken coop to smell it–about 100 feet (30 meters) is a good starting point, if there’s space.

Again, the dog will need lots of positive reinforcement when they’re doing a good job of staying in a calm sit-stay–pets, treats, and lots of kind words.

Once the dog can remain calm at 100 feet, it’s time to move closer. Repeat the process–sit, stay, sniff, positive reinforcement–first at 30 feet (10 meters) and then right next to the coop.

Especially if the dog hasn’t met the chicks or other chickens before, this process might take several days before they can sit calmly by the coop. Once they’ve mastered that, they can explore outside the coop, still on a leash.

Fostering Relationships Between Dogs And Chickens

Whether a dog can mingle in the yard with free range chickens will depend on both the dog and the chickens. Large chickens could be a threat to a small dog, and an aggressive or energetic dog could literally frighten hens to death.

Pet parents should always keep dogs on leash and supervise early meetings. Again, humans should bring their dogs near the chickens, then put them in a sit-stay and praise them for remaining calm.

If dogs succeed at that, then they might be ready for some leashed, supervised interaction, and if that goes well, they might work their way up to mingling unsupervised.

Again, this depends on the dog and the chickens, so pet parents should take it slow, and always prepare to separate the animals if things get out of hand.

The most important thing to remember when introducing dogs and chickens is that these animals trust their humans to keep them safe, and will follow their lead on what seems safe or not.

If their humans act like everything’s fine in front of the animals, even though they’re thoughtfully planning everything out behind the scenes, it probably will be.

Have you ever introduced your dogs to chickens before? How did it go? Do you have any tips? Let us know via our Facebook page - www.facebook.com/HomesittersLimited/

Written by Chris Lesley, Founder of Chickens And More

Image by Nguyen Tuan from Pixabay 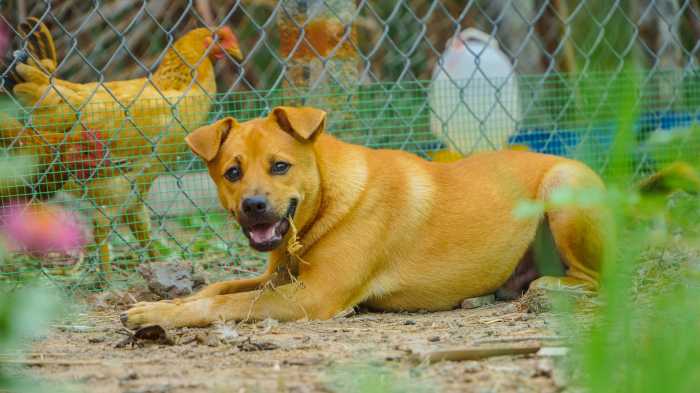