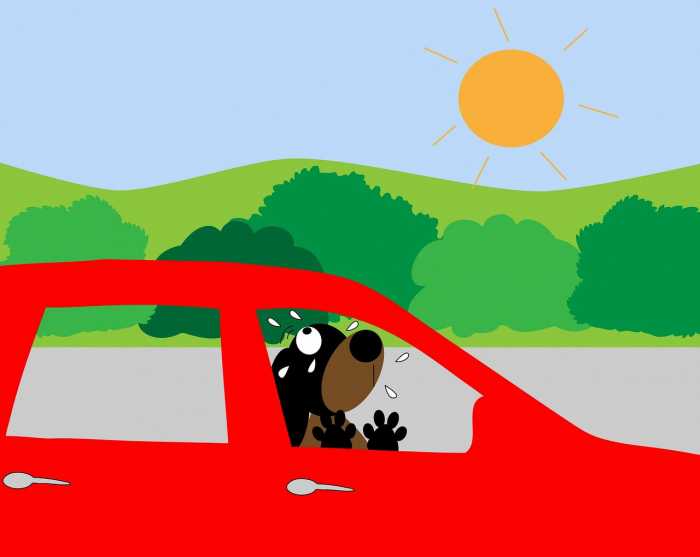 Millions of drivers ignore dogs left abandoned in cars on a hot day.

Social experiment reveals only one in 100 by-passers attempt to rescue whimpering dog in 30 Celsius heat.

Motorists did not attempt to help a dog left alone in a car on a hot day because they were confused about the best course of action to take (18%).

Confused.com teams up with the RSPCA to clear up confusion around helping a dog left alone in a car on a hot day.

More than a quarter (28%) of dog-owning motorists have left their furry friend alone in a car. More than two thirds (68%) of which did so on a hot day, for an average of 14 minutes. Temperatures across the UK have peaked and summer is truly here. But research reveals more than 15 million drivers have failed to help a dog left alone in a car on a hot day(1).

The research conducted by Confused.com found more than half (51%) of UK drivers have witnessed a dog left alone in a car on a hot day. Of these, most (74%) did not choose to intervene. The study follows a three-day social experiment which saw just four in hundreds of by-passers ignore the cries of a distressed dog left alone in a car in 28-degree heat. Armed with a fake dog – Annie – a car and realistic sound effects, Confused.com recorded the reactions of passers-by who assumed a real dog had been abandoned in the vehicle on a hot day. Much to the crew’s surprise, the overwhelming majority of passers-by failed to intervene or do anything to help the poor pooch. However, four out of the hundreds did stop to take action, with one trying to open the car, or getting to the dog through an open window. However, the research may have uncovered why so many people are not stepping in to help dogs who are suffering a hot car.

It seems there is great deal of confusion around what people should do in this situation. Those who did not intervene claimed they were confused about their rights (23%), while one in six (17%) did not know the best course of action to take. In fact, nearly two in five (38%) think it is unclear if you should call the police or RSPCA, while one in three (33%) are confused if it is illegal to smash a car window to save the suffering dog. To clear up any confusion, Confused.com has partnered with the RSPCA to create a step-by-step guide to advise drivers of what to do if they see a dog left alone in a car on a hot day.

There are many signs that a dog’s life is under threat, all of which can be observed just by looking through the car window. The RSPCA advises those who think the dog’s life is in danger should call the police. This confusion is echoed in the fact that more than one in five (22%) of those who did intervene when they found a dog left in a hot car called the RSPCA. A further one in five (19%) even took matters into their own hands and tried to smash the car window or break into the car. Meanwhile, nearly one in three (30%) took the right course of action and called the police.

Worryingly, leaving dogs alone in a car on a hot day is far more common than expected. More than one in four (28%) dog-owning motorists have left their dog alone in the car. Of these, more than two in three (68%) have done so on a hot day, leaving them for 14 minutes, on average. This is enough time for temperatures to rapidly increase. In fact, a car sat in 24 degree heat can reach a sweltering 34 degrees Celsius in just 10 minutes, and a dangerous 43 degrees after just half an hour.

Typical British weather means the sun is not always out, even if temperatures are in the early to mid thirties. But worryingly, more than half (56%) of UK drivers do not see the dangers of leaving a dog in a car, even if it is grey and cloudy. And of those drivers who chose not to intervene when they saw a dog left alone in a car on a hot day, one third (33%) said they did not think the dog was at risk. And it seems dog owners are more likely to leave their pet in the car when temperatures are a lot lower. In fact, almost all (97%) of those surveyed said they have left their dog alone in a car on a cooler day, for 22 minutes on average.

Clearly motorists feel very strongly about this, with more than half (57%) calling for owners of dogs left in a car on a hot day to be fined. A further two in five (45%) think they should be banned from owning a pet in the future. Currently it is not illegal to leave a dog in a car, but it is an offence to abuse or mistreat an animal in your care. But, perhaps with stronger punishments or more clarity on what to do in these circumstances, fewer dogs will be left alone in the car and with their life and health at risk.

Amanda Stretton, motoring editor at Confused.com, says: “You’d think by now people would realise that leaving a dog in a car on a hot day can have devastating consequences. But for innocent bystanders who want to help, the course of action we should take isn’t always clear. “The law around it is confusing. Are we allowed to break into a car if it’s in the interest of saving an animals life? Should we stand by and wait until the owner returns? Who should we call? The RSPCA? The police? “While the RPSCA may seem like the best people to call, they do not have the right to enter any vehicle. So, we’ve partnered with them to clear up any confusion with a step-by-step guide on the best course of action to take and save a dog’s life.”

To find out more and to read the original post written by Alice Campion for Confused.com, please click on the following link: https://www.confused.com/car-insurance/dogs-in-hot-cars