Does your canine friend accompany you to work? 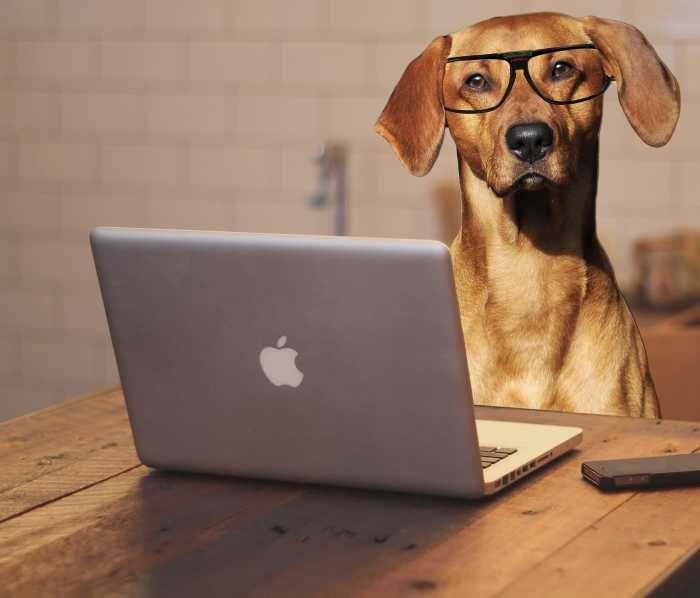 There is growing trend for people to take their dog to work. Amazon[i] revealed last year that there are around 6,000 dogs in their Seattle headquarters in the USA. In the UK it’s suggested around 8% of employees are allowed to take their dog into work[ii].

This month on 21st June it’s Bring Your Dog To Work Day – an annual charity event that has been running in the UK since 2014 and raises money for charities dedicated to making a difference to the welfare of dogs.

On this day bosses are encouraged to allow their staff to bring pets to work with the intention of making the workplace a more relaxed and enjoyable place to be. The Daily Telegraph lists ten reasons why this could be a good idea including reducing stress to making people more sociable.

There does seem to be growing support for a ‘Pets at Work’ policy.

They found that workers could be prepared to stay at work a bit longer if pets were allowed in the office too.

A social experiment also set up by Purina PetCare to investigate what impact introducing dogs into the workplace has in a real office environment, revealed positive effects were seen on mood, stress, social interactions and employee performance.

There are some people that aren’t so keen on the idea though. A survey by insurer Animalfriends.co.uk in 2017 found that two-thirds of UK employees claim office dogs are bad for business and more than half think they are a major distraction, making for poor productivity.

However the same survey also found that over half said that having pets in the workplace helped to relieve stress and improve their enthusiasm for the job. And the same number said pets are a great way to boost morale because they give them an excuse to talk to colleagues about non-work matters.

We’d have to agree with the latter and believe dogs are a great addition to any office! Our Director of Operations, Ben has been known to bring his well-behaved English Toy Terrier, Sasha into the office where she is a huge hit with all the team.