Dog Time - No, Not All Dogs Are Born Knowing How To Swim!

Pets Radar - How to care for a house rabbit: Seven essential tips from a vet

Green Meadows - How to Make a DIY Pet Urn

Click Liverpool - 8 Tips for Caring for Your Senior Dog

Cat Time - Pet Poison Prevention: Watch Out For These Plants That Are Toxic To Your Cat 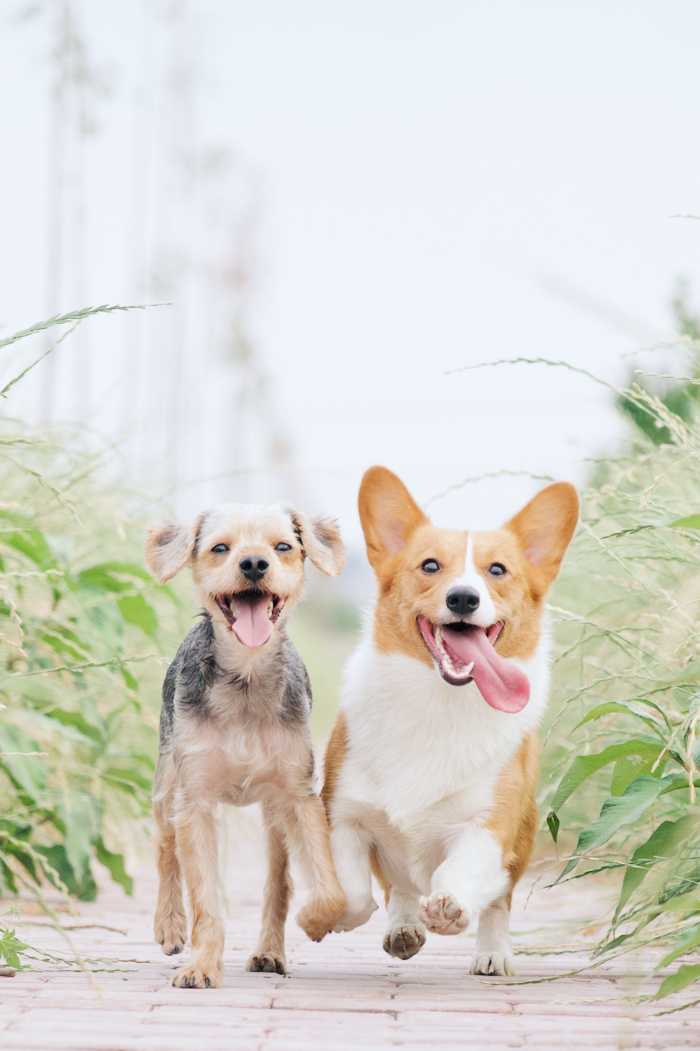 Photo by Alvan Nee on Unsplash

Just like there are certain people in the neighborhood you would rather avoid on your daily commute — you know that Mrs. Jones will keep you talking for hours!–there are also certain dogs that your dog may not be completely happy about interacting with.

While you keep your head down and hide behind the tree as Mrs. Jones comes out to collect her newspaper, your dog will also have a few behaviors that can tell you exactly how they’re feeling about the people and dogs they meet on their travels.

But what are those behaviors, and how do we understand dog body language?

A Dog Who's Approachable And Happy 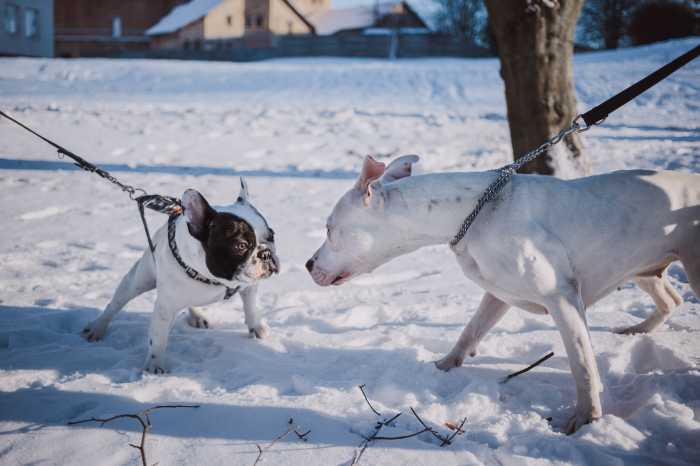 Photo by freestocks on Unsplash

The hope is that your dog will always be relaxed, happy and interested in the other dogs and people they meet. This is an easy example of body language to start with.

If your dog is calm, they'll have soft and fluid body movements. Their ears will be in their usual position, whether that's flopped down or pointed up.

They'll have a soft, relaxed tail; it may even be wagging. They will also have soft eyes with an easy gaze.

A Dog Who Wants To Play 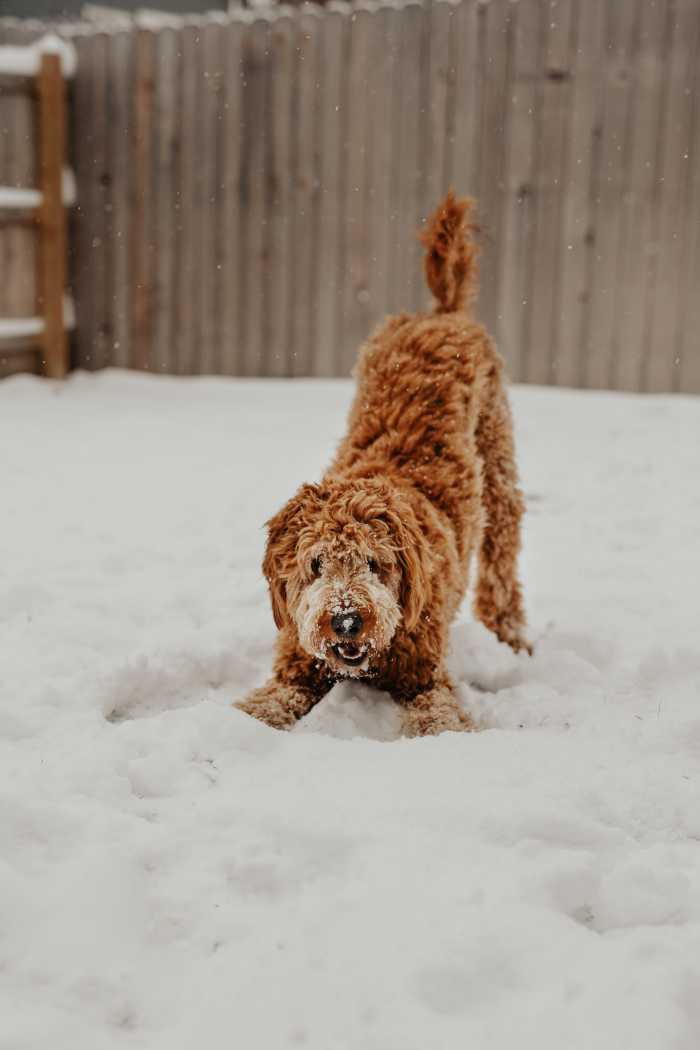 Photo by Brooke Cagle on Unsplash

If your dog decides they want to play, or another dog wants to play, you'll see body language that indicates their intent.

You'll likely see the puppy-like play bow. Their front paws will drop down to the ground, and their back end will be high in the air. Their tail will likely be up and wagging. They may tilt their head and bark with excitement as a sort of way of saying "well, play with me then!"

They may stamp their paws or wriggle their back end.

If all dogs in the interaction are behaving this way, chances are they'll have a good chase and play. They may start to tire and eventually start to ignore each other when they're done playing. Again, their bodies will be soft and fluid. They will be relaxed.

As a dog parent, you'll head home, tired dogs in tow and happy that they made friends. 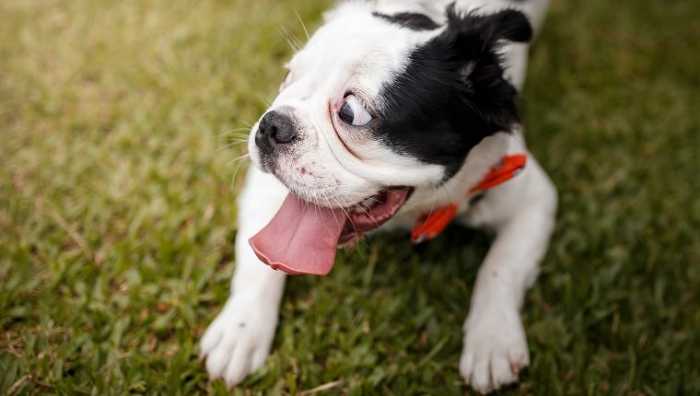 Not all canine interactions are so happy and friendly. Some dogs aren't well socialized, and some dogs never learned appropriate dog etiquette.

Many older dogs just want to be left to their daily walks in peace without an energetic puppy hanging off their ears.

How do we know when our dogs are stressed? We need to look at their body language, but that's not always easy. Take the issue of "black dog syndrome" for example.

Black dogs are renowned for being "unadoptable" in shelters, often because they're hard to photograph. Their eyes don't stand out, which makes their facial features harder to read. In this situation, pet parents need to be even more aware of the interaction.

Thankfully, dogs are good at showing us how they feel with almost every part of their bodies, even if we struggle to read their faces.

Like humans, dogs react to stressors differently. They can choose to fight, flee, or freeze. They may become rigid in their stance. If they're fearful or wary, they may start to walk tentatively.

Some dogs may lick their paws when they feel anxious.

A stressed dog may have flattened ears. If they're usually pointy but suddenly splay from the side of their head, your dog probably isn't happy and may need to be removed from the situation.

Stressed dogs' eyes dilate (widen), which makes sense from an evolutionary standpoint. If they feel threatened, they want to take in as much information about their situation as possible. Widened pupils enable this.

Dogs may yawn or salivate excessively when stressed. They may also start panting, even though they haven't exercised.

A Barking Or Growling Dog 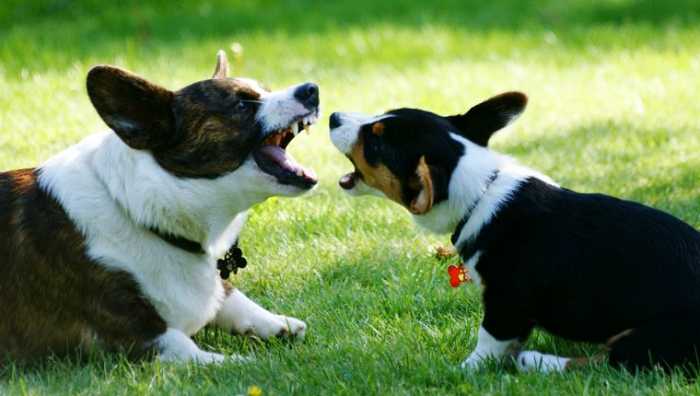 Some dogs may bark, but barking can often be misinterpreted in dog interactions, alongside growling or grumbling. When combined with a rigid stature, lunging, hackles, snarling, or salivating, barking tells you this dog is not happy and should be left alone or removed from the situation.

Barking combined with an intermittent play bow, or a jump-in play bow and run off, is an attempt to engage play or interaction. Don't confuse this with fear or aggression.

Barking or snapping with a flick of the head in the direction of another dog, is a way of saying "I've had enough now, leave me alone." Again, these are not barks of fear, but they are ways dogs communicate their emotions and needs.

Some dogs will also bark to get attention. So, if, as humans you are having a conversation and ignoring Fido, a bark at your knee or hip is likely their way of saying, "Give me some attention now please!" If you give them the attention they demand, you have inadvertently reinforced the fact that barking gets attention.

Some dogs will also growl when they play. It's the other behavior that comes with it which tells you whether to be worried or not.

Body Language And Behaviors: Putting It All Together 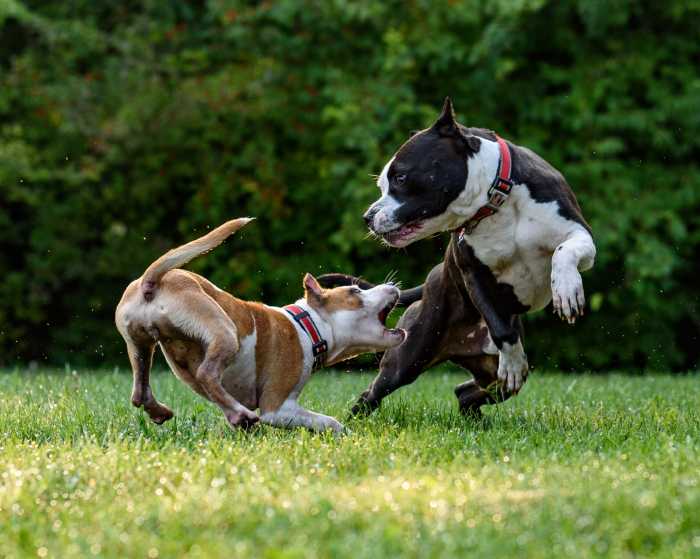 Photo by David Taffet on Unsplash

It can be difficult to tell just from one gesture or action what a dog is feeling. That’s why you need to look at all of your dog’s body language to find out what they need.

One action may be a sign of fear in one situation, or it can be a sign of happiness in another. For example, when dogs’ bodies are relaxed and you see play-bowing, then growling is just part and parcel of the interaction.

Pet parents should be concerned when growling is accompanied with snarling, lip-lifting, lip-licking, widened eyes, or stiff posture.

Dogs can also make a lot of noise when they play, in the form of grumbling.

An older dog grumbling at a puppy could indicate that they’re fed up with the interaction, but they’ll usually flick their head towards the pup and attempt to remove themselves. On the other hand, if two Boxers are shoulder barging and play bowing, chances are their grumbling is just part of the play.

To establish how well an interaction is going between two or more dogs, we need to look at their whole bodies. We need to look at all the behaviors demonstrated. A wagging tail doesn’t always mean a dog is happy. A slow, tentative wag usually means they’re stressed.

Pay attention to your dog’s interactions and those of other dogs around you. If you see any signs a dog is stressed, either remove the dog or remove the stressor.

How do you know how your dog is feeling from body language? Can you tell what your dog’s different sounds and movements mean? Let John Woods and Dog Time know your thoughts in their comment section https://dogtime.com/dog-health/dog-behavior/80065-examples-dog-body-language#4!