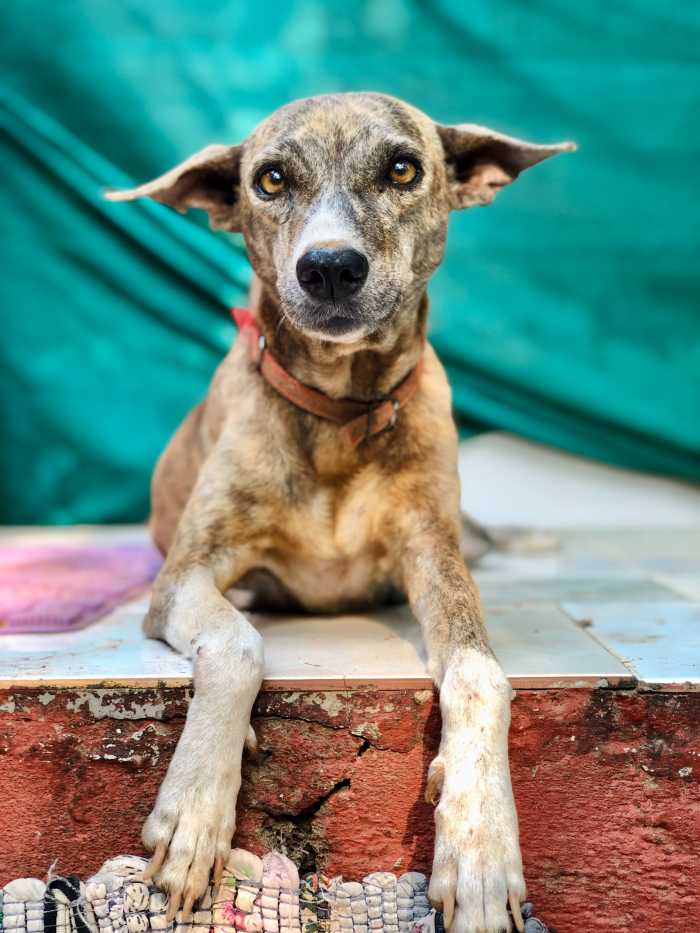 Photo by Danil Aksenov on Unsplash

Picking out a name for your dog is an exciting part of introducing a new pooch to your home and family. It’s pretty important, too, as you’re going to be saying that name a lot from now on.

However, dogs up for adoption from the shelter often already have names. Those names may come from previous owners who surrendered their dogs or other former living situations, or shelters may have provided the names, themselves.

Just because your new pup has already gone by a certain name doesn’t mean you have to keep it — and there are plenty of reasons you actually should choose a different name for them that you pick, yourself. Here’s what you need to know about renaming your new former shelter dog.

Why Should You Rename A Shelter Dog?

So, let’s start with the first question you might have: Why would you rename a dog after adoption? There are several good reasons for doing so.

Firstly, your adopted dog was quite likely renamed in the shelter anyway. If there was no way to identify them, shelter staff would have given them a name.

It could be that your dog was found at night and warranted the name Shadow, or they may have narrowly missed being run down on the highway and quite rightly rock the name Lucky.

Regardless, they probably aren’t all that attached to the name they have. So don’t feel like your dog’s whole identity is tied to what they’ve been called so far.

Secondly, depending on the history of your shelter dog — if they were mistreated, for example — they could have been regularly called by their name just before an incident. They may have negative associations with that name. So it might actually remove some stress and anxiety if you call them something else.

Finally, giving your shelter dog a new name also helps you bond as a family. You have a clean slate; you can help them associate their new name with good things. You’ll also actually like the name you give your dog because you get to choose it.

You may have fallen in love with those eyes at the shelter, but their existing name comes in pretty low on the list of reasons you chose to adopt your dog. Their former name may even remind you of someone you’d rather not think about multiple times a day!

So if your dog probably isn’t all that attached to their name, and you’re not all that thrilled about it either, then there’s no reason you have to keep calling them by that name.

Should You Pick A Similar Name?

The website My Pet’s Name advocates renaming with similar sounding names. So, for a dog named Molly, you may rename them Holly. Or for a Charlie, you might consider the name Harley. That might make it easier for them to adapt to the new name.

The issue with this suggestion is that, if their name being shouted previously signaled something bad happening, your dog may still hear the similar sound and worry about what comes next.

We know that dogs learn through conditioning as Pavlov showed us. Your dog simply hearing their similarly sounding name could be enough to instill conditioned fear in anticipation of the bad things that used to follow!

In this scenario, it’s best to rename your dog with a totally different name.

How Does Your Dog Learn Their New Name?

Have you ever just called a random name out, jovial and excitedly, to see what your dog does? Or is that just me? Well, my dog responded. Steve was the name, if anyone is wondering.

If you sound interesting enough and have a good reason for your dog to come to you, they will. So, when introducing their new name, teach it as you would a puppy.

Call their name, happy and high-pitched. Lure them with treats or toys. Reward them as soon as they pay you attention. Repeat regularly.

Why do you think so many dogs respond to the phrase, “who’s a good boy/girl?” It’s because you are happy and excited when you say it. You reward them with praise and attention when they respond. Do the same when teaching them their new name.

Are Some Names Better Than Others?

Generally, when naming any dog, it’s best to stick with short and snappy names with as few syllables as possible — names like Max, Jack, Daisy, Lucy, Gus, and Willow. Short names mean you can get their attention quickly when needed.

If Anacarolina is running towards the main road, it’ll take you longer to call “Anacarolina, stop!” than “Max, Stop!”

The most popular dog names are generally short with few syllables, too. But it is worth being mindful of those names that are super popular.

For example, if you are calling “Max” in the dog park, you may end up with a trail of Max’s following you, just because it is such a popular name! Not great if you have a more wary shelter dog!

It’s often advocated to change the name of your shelter dog, especially if you’re unsure of their history. It can be done very easily with enough treats, toys, and happy, high-pitched calls!

You would teach your shelter dog like you would teach a puppy, even if they aren’t a puppy anymore. You really can teach an old dog new tricks — or a new name — with enough patience and rewards!

And don’t forget to pick up a collar ID tag with your dog’s new name on it!

Have you ever renamed a new shelter dog? Which name did you pick? Let John Woods and Dog Time know in the comment section on the original story - https://dogtime.com/advocacy/dog-adoption/81487-how-to-rename-shelter-dog