Property Wire - The Signs of Subsidence

PetsRadar - Five diseases you could catch from your cat or dog 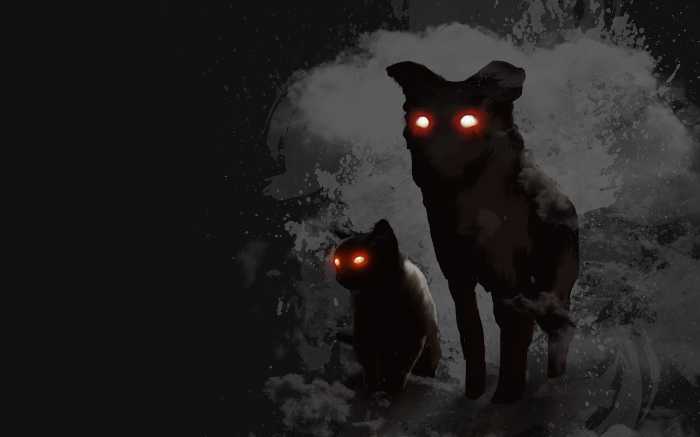 Image by Yuri_B from Pixabay

Written by Mike Clark for Dogtime

Supernatural dogs appear in myths in almost every culture and Harry Potter book. As lovable as our companions are, there’s something about dogs that makes them perfect for spooky tales.

Halloween is coming up, so maybe you’re in the mood for some stories of terrifying hounds. Luckily for you, there are plenty of legends from all throughout history of otherworldly canines that can send shivers up your spine.

Here are five legendary and mythical dogs who will chill your bones. Because dogs love bones!

Cerberus, The Guardian Hound Of The Underworld

The three-headed dog of Greek mythology, Cerberus, guarded the entrance to the underworld, allowing spirits to enter but never leave.

If the triple-cranium didn't put you off, the lion claws, serpent tail, and mane of snakes might hint that you should get the Hades out of there.

Your faithful pooch at home might bark at anything that passes by your window. But as far as guard dogs go, you can't do much better than this hellish hound.

This ghostly canine is a calf-sized black dog who haunts Peel Castle on the Isle of Man. In fact, guards saw the specter so often, they eventually grew less fearful.

But, according to lore, one drunk soldier went down a passage in the castle to confront the ghost dog. He came back too terrified to speak and died three days later. The passage was sealed and never used again.

Mauthe Doog sightings continued, but if you're still scared, you should know that Mauthe Doog also goes by the silly-sounding name Moddey Dhoo. So that'll take away some of the fear.

Okuri-Inu, The Demon Who Follows Travelers

This demon dog of Japanese mythology is a good news/bad news monster. The good news: his ferocity keeps other demons away while he's following you. The bad news: If you stumble while walking, he's going to eat you up.

But all isn't lost. You can fool the demon if you pretend you stopped on purpose to take a rest by saying, "This is exhausting," or, "Sure am glad I stopped on purpose and went face first into the ground so I could check out this mud puddle," or something like that.

When you arrive at your destination, you should leave food out as thanks to the pup for not eating you. Then the demon leaves you alone forever. Probably.

Cadejo, The Spirit Who Helps Or Punches

Similar to the Okuri-Inu, the Cadejo of Central American folklore might help or eat you.

The legend speaks of two demons, a black Cadejo and a white Cadejo. One protects travelers from harm and theft. The other leads to bad decisions and danger and stands on two legs and throws punches like a human.

Unfortunately, legends disagree on which Cadejo is which, and turning your back or speaking to either makes you go mad. So the upside of meeting one is pretty small.

Tiangou, The Flying Dog Who Eats The Sun

This flying black dog of Chinese legend is responsible for eating the sun during a solar eclipse -- because some dogs will eat just about anything.

The story goes that Zhang Xian, god of birth, fires arrows at Tiangou to ward him off. Eventually Tiangou gets scared and throws up the sun like an old tennis ball.

And our star is safe and a little slobbery.

What other mythical or ghostly dogs chill your bones? Which is your favourite? Let Mike Clark and Dogtime know in the comment section on their original article - https://dogtime.com/holiday/21063-mythical-supernatural-dogs#1

Property Wire - The Signs of Subsidence