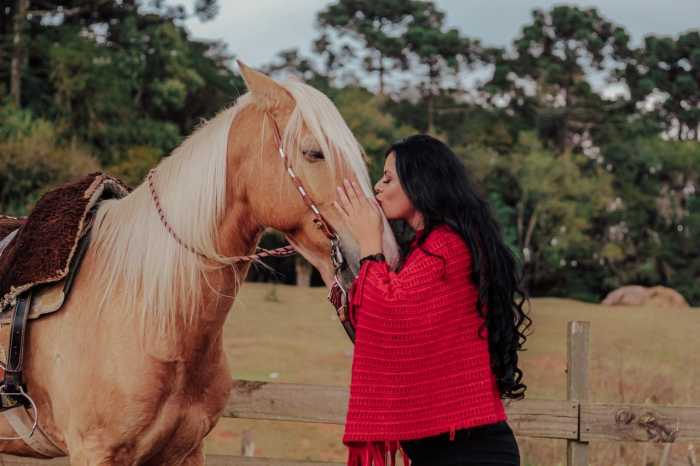 Photo by Jonathan Nenemann from Pexels

As you read this article, is there a furry friend curled up on the couch beside you, or sitting at your feet? The odds are good — according to a nationwide poll carried out by the American Society for the Prevention of Cruelty to Animals (ASPCA) that found that 23 million American households acquired a pet during the pandemic. And once you factor in the tens of millions of Americans who were already pet owners, it’s estimated that 70 percent of U.S. households have a pet, per the American Pet Products Association’s 2021–2022 National Pet Owners Survey. (If this number sounds astounding, just think how many more still have applied to adopt a pet and are just waiting for the good news that Spot or Fido is theirs to take home!)

Owning a pet comes with great responsibility, sure, but research suggests it may also come with significant health benefits. Bear in mind, though, that the vast majority of research about the effects of pets on human health are observational, meaning they suggest a link between these two factors rather than a cause-and-effect relationship.

Read on for six ways having a pet may help you stay healthier and happier.

Having a dog gets you outside, where you’ll naturally find yourself interacting and engaging with your community on a regular basis. For example, pets can function as social icebreakers, says Nancy R. Gee, PhD, a professor of psychiatry and Bill Balaban Chair in Human Animal Interaction at Virginia Commonwealth University in Richmond. “For many, pets serve as social capital in neighbourhoods and communities,” says Dr. Gee. “They precipitate the exchange of favors and encourage civic engagement.”

This may be especially meaningful to introverts, or people who have difficulty striking up a conversation with new people, for example. Gee points to a 2019 market research survey that found that more than half (54 percent) of respondents said their pet helps them connect with other people. “Other observational studies have found that walking with a dog in public increases how often we receive social interactions and social acknowledgments, such as friendly glances and smiles,” says Gee.

While having a pet around doesn’t give you license to eat poorly or take health risks, the good news is that pet ownership is associated with improved heart health. One past study examined pet ownership and cardiovascular reactivity, a potential marker for heart disease risk, and found that people with pets had lower base heart rates and blood pressure. Pet owners also experienced smaller increases in heart rate and blood pressure during periods of stress, and these increases were quicker to return to normal afterward, suggests the study, which analyzed dog and cat owners.

Another randomized controlled study, this one published in Hypertension in April 2018, indicates that pet ownership was associated with lower blood pressure responses to mental stress.

Dog owners know the drill. From the moment you wake up, there’s one key thing you must attend to: taking the dog out to do his business. Simply put, your commitment forces you to move your body.

“Many owners who would otherwise do little or no physical activity, despite the recommendations of their physicians, end up getting quite a bit of exercise simply by caring for, playing with, and walking their dogs,” says Mark Fierstein, MD, an internal medicine specialist at NYU Langone Health in New York City. (He adds that the same cannot be said of cat owners, though.)

Depending on how many stops you make, walking your dog for just 30 minutes a day, five days a week, can help you get closer to reaching the Department of Health and Human Services’ recommendation of at least 150 minutes of exercise each week.

A 2019 survey of a community in the United Kingdom, published in April 2019 in Scientific Reports, notes that dog owners were four times more likely to get at least 150 minutes of exercise than non–dog owners. And a July 2017 research report in the Journal of Epidemiology & Community Health also notes that participants who walked dogs were consistently more active than participants who didn’t own dogs.

Even if you’re coupled up or living with a houseful of roommates, loneliness can creep in — but having a pet can help, says Dr. Fierstein, particularly for people who live alone. For example, if you work remotely, you know it can be soothing to have your dog or cat curled up next to you while you type away on your laptop. This companionship can be beneficial to your mental health, says Gee.

There’s a lack of robust scientific research available on the subject, but anecdotally, at least, it seems pet owners are quick to attribute a lack of loneliness to their furry companion. That said, a study published in December 2021 in PLoS One examined psychological markers in dog owners and non–dog owners during the COVID-19 pandemic via a validated online survey. Researchers found that dog owners reported feeling they had significantly more social support (and less loneliness), which they believed was thanks to their pets. They also reportedly experienced fewer symptoms of depression than non–dog owners, although they didn’t find a difference in anxiety or overall happiness scores.

And according to a 2019 report by the Human Animal Bond Research Institute and Mars Petcare, 80 percent of pet owners said their pet made them feel less lonely.

Ricky Thompson, a licensed mental health counsellor with Thriveworks in Jacksonville, Florida, points to a study published in October 2020 in Aging & Mental Health that suggests dog ownership is associated with fewer feelings of isolation than cat ownership, to support this idea. But ultimately, when deciding which kind of furry creature is best, Thompson says, “it really comes down to personal preferences and what type of animal an individual is more comfortable with.”

Have you ever stopped to think about why you stroke your pet, scratch your dog’s ears, or pet your cat’s furry belly? Sure, your pet may enjoy having their owner lavish them with attention — but some research suggests there’s a hormonal benefit for the person doing the petting, too. For example, one small study, published in October 2017 in Frontiers in Psychology, found that petting dogs was linked with higher levels of feel-good hormone oxytocin and lower levels of stress hormone cortisol. Another small past study of participants paired with a new dog suggests that the presence of Fido was linked with reduced cortisol levels during a stress test in an unfamiliar setting.

“Pets foster social and emotional connections, which can positively affect mood and overall mental health,” says Fierstein. He adds that pets can be a source of support for people living with mental health conditions, as observational research shows.

Research seems to support the idea that pets may bolster mental health. One large review, published in February 2018 in BMC Psychiatry, examined 17 studies carried out on pet ownership among people living with mental health conditions. The review suggests that owning a pet had multiple potential benefits for this group — for example, dog ownership was found to be beneficial for veterans living with post-traumatic stress disorder, and pet ownership was more generally linked with improved emotional stability. Owning a pet was also associated with an increased sense of meaning and purpose.