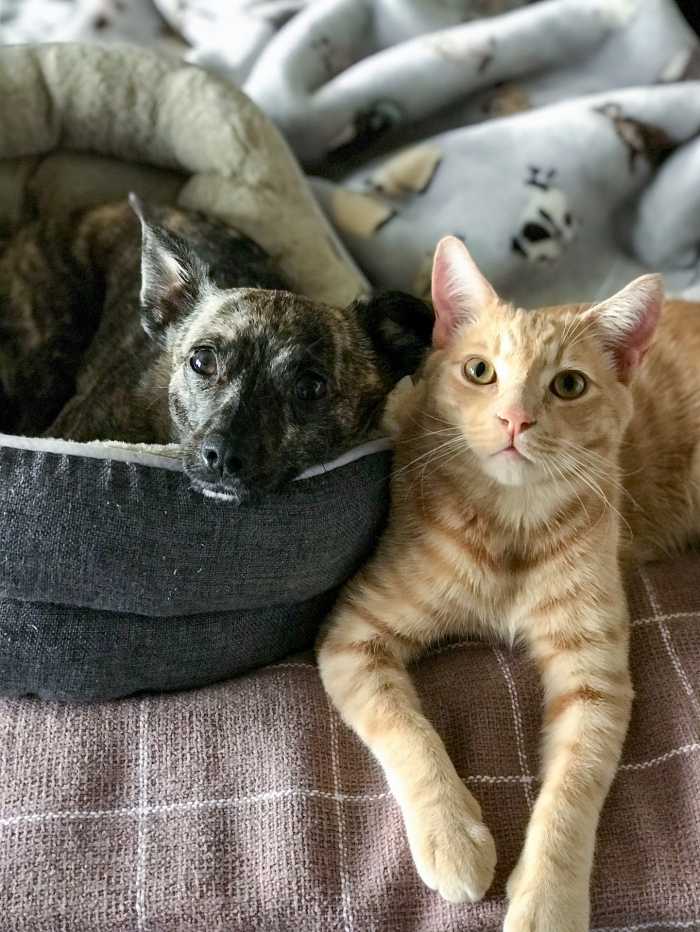 Image by Cindysalad from Pixabay

Written by Marc-André for Katzenworld

Pet lovers may choose to swap their furry, four-legged friend for something a little less cuddly if they want to help save the planet.

New research by money.co.uk has revealed the most and least eco-friendly pets with tortoises winning the race, while cats and dogs are among the worst offenders when it comes to damaging the environment. 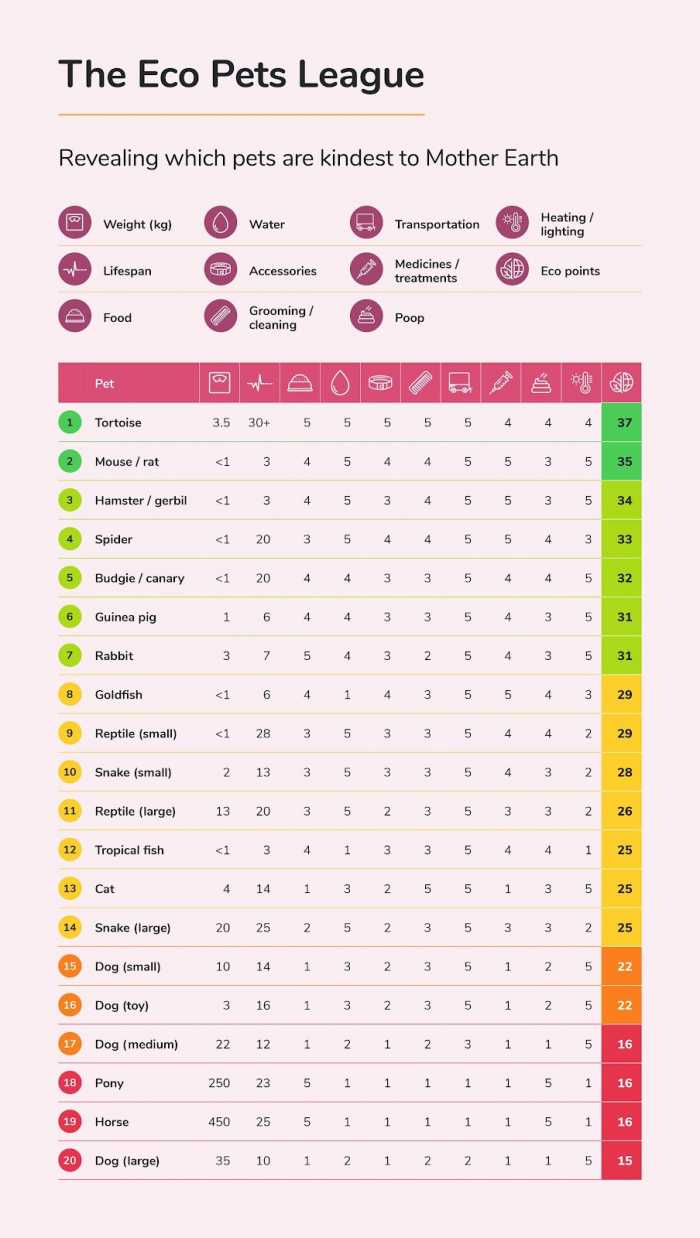 The research follows reports that as many as 1m additional dogs may have been purchased by UK families during lockdown. That means Britain’s dog population could now be as high as 11m – with a similar number of pet cats also living in the UK.

Yet despite being our most popular choice of pet, cats and dogs scored poorly in the Eco Pets League and the researchers believe the study could point to a trend for future pet ownership as we become more environmentally aware.

That means future generations of UK families could opt to own a tortoise or small mammal as their companion animal of choice.

The study looked at the impact each species of pet has on the environment by scoring them across eight different factors.

The energy experts at money.co.uk looked at each animal’s diet, water consumption, what sort of accessories they tend to need, and if chemicals are used in their grooming or cleaning.

They also examined each pet’s likely energy usage based on if they required powered lamps, heaters or filers, in addition to examining their possible transportation impact and if they were likely to require pharmaceutical treatments.

Finally, they looked at the waste produced by each species of pet and how toxic that was likely to be on the environment. Each pet was then awarded eco points with a maximum five points in each of the eight categories.

In the diet category pets which are mainly fed meat, including dogs and cats, have a greater impact due to the nature of meat cultivation so they were awarded just one point. Vegetarian pets which eat a largely unprocessed diet were awarded the full five points.

In the transport category large pets who required lots of exercise and were likely to impact their owner’s choice of vehicle were awarded the fewest points.

When assessing the waste produced by each pet, the researchers also considered if there could be any environmental benefits, such as in the case of horse and pony manure which can be used as plant fertiliser.

When the eco scores from each category were added up, the pets were ranked in a league table and any ties were decided on the pet’s lifespan which placed shorter living pets above a longer living animal on the same point score.

The tortoise came out as a clear winner with a league topping score of 37 eco points out of the maximum 40. Researchers said this was due to its simple vegetarian diet and low need for plastic accessories or impactful treatments.

Small mammals such as mice, rats, hamsters and gerbils were also revealed to be a sound choice when it comes to caring for the environment. These all featured highly in the eco pets league thanks to their simple diet and modest needs.

Exotic spiders such as tarantulas also did reasonably well in the study with a higher league place than many more conventional pets thanks to their small size and simple requirements.

Goldfish and tropical fish could only achieve a mid-table ranking despite their small size. The water involved in keeping fish along with the energy required to run filters and heaters and the processed nature of their food meant they lost eco points.

Exotic pets such as reptiles and snakes performed reasonably well in the study but larger species tend to use more energy and have a greater environmental impact than smaller examples. 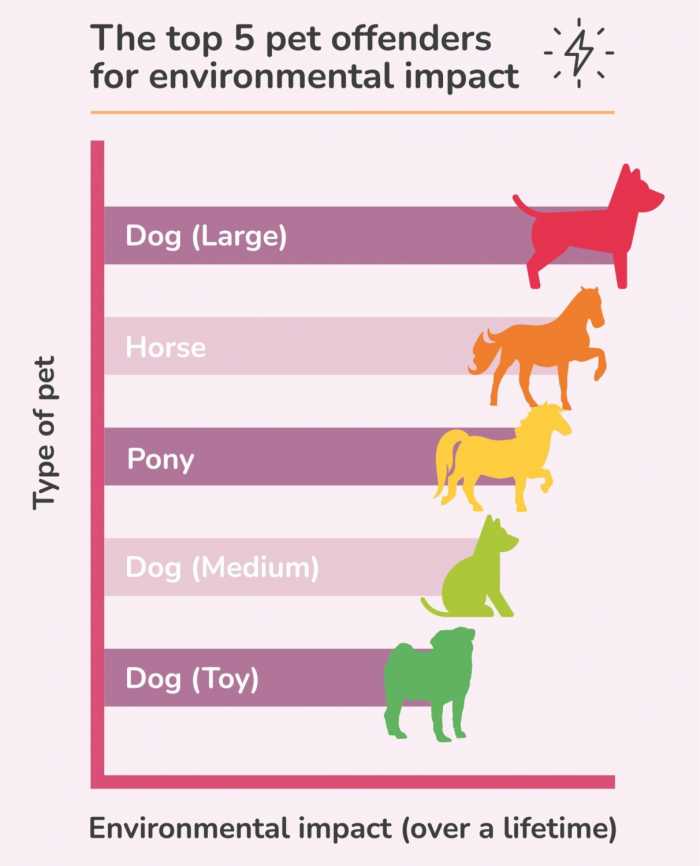 Heading towards the bottom of the eco pets league table, the cat could manage only 13th place on 25 points. It fared badly thanks to its meaty diet, large accessory market and likely requirements for pharmaceutical treatments.

At the bottom of the league table, dogs and horses were found to both have a significant impact on the environment but for different reasons.

Dogs scored poorly in the diet category thanks to their processed red meat intake while horses and ponies scored highly thanks to a vegetarian diet of grass and grains.

The horse and pony also scored highly in the waste category thanks to the eco wonders of their manure. Dogs scored badly in this area as the researchers also took into account the plastic bags required to scoop up their poop.

Horses and ponies are bigger than dogs though, and require energy for stable heating and the production of accessories such as saddles, shoes and harnesses.

In the final analysis, dogs were divided into four size categories and rated accordingly with the large dog scoring less eco points than any other pet – despite being one of the most popular companion animals in Britain.

“Britain is a nation of pet lovers, but if we’re to tackle the Earth’s climate crisis we may need to rethink our relationships with animals.

“Cats and dogs are hugely popular but their red meat diet, along with several other factors, means they have a huge impact on the environment, particularly as there are more than 20 million of them in the UK.

“This research shows that there are more eco-friendly pet choices for those who want to minimise their impact on the environment.

“While a tortoise may not be quite as cuddly as a Labrador, its veggie diet and slow metabolism means it is far kinder to the planet.

“Future generations of Britons may have to adapt to become less of a nation of cat and dog lovers and more a nation of tortoise lovers.”

To read the original article written by Marc-André for Katzenworld, please visit: https://katzenworld.co.uk/2021/04/02/the-eco-pets-league/