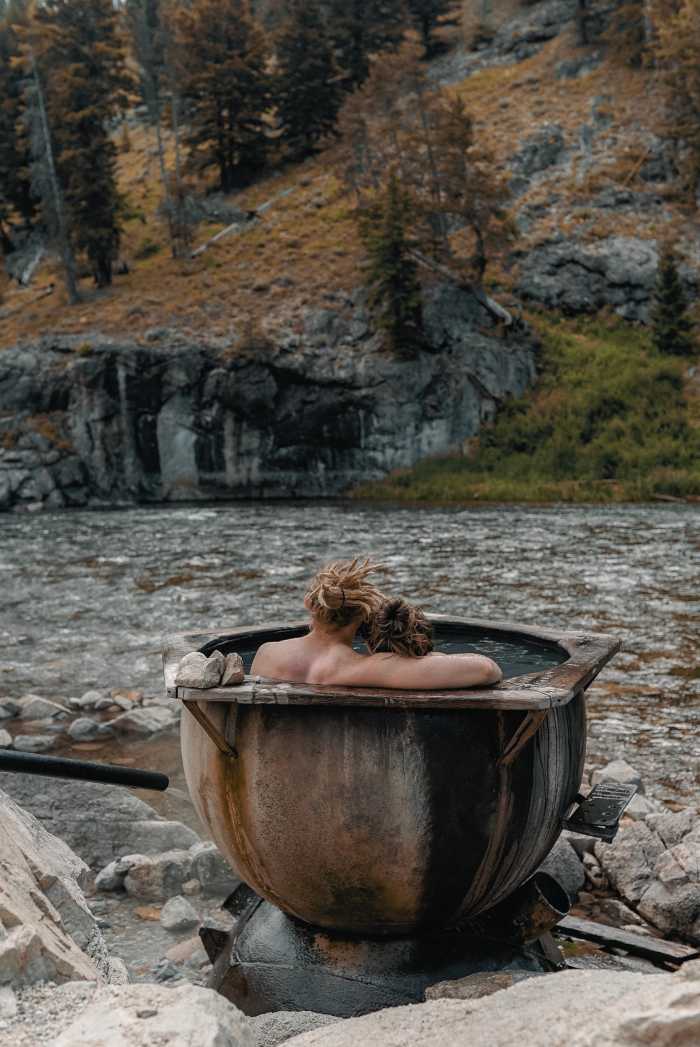 Photo by Karsten Winegeart on Unsplash

Written by and for Love Exploring

Forget traditional British days out and embark on something completely different. As part of our Best of Britain series, we've rounded up some of the unexpected highlights this island has to offer.

Land on the world's only beach airport

Off the west coast of Scotland, the tiny Outer Hebrides island of Barra is the only place in the world where scheduled flights land on the beach. There are three runways, which means that planes can almost always land with the wind in the right direction – but at high tide it’s all underwater so the schedule changes every day.

With the winter of 2018 bringing the Beast from the East, we all know that Britain gets its share of snow. But you might not know that in Scotland there are five actual, real resorts where you can ski and snowboard. Cairngorms National Park is an excellent choice as its home to three of them: CairnGorm Mountain, Glenshee and The Lecht.

Go on a trampoline underground

Some of the network of enormous disused slate caverns in the Llechwedd Slate Caverns in Blaenau Ffestiniog, North Wales, have been transformed into a massive neon-lit trampoline adventure. The Bounce Below underground playground has six levels of nets in a space the size of a cathedral. Intrigued? We've got more underground attractions across Britain here.

Once you’ve strolled on the beach, played on the pier and explored the pavilion, why not try something a bit unexpected and delve into Brighton’s 30-mile network of underground Victorian sewers. Starting from Brighton Pier and emerging from a manhole in the middle of Old Steine Gardens, tours take place between May and September and bookings are essential.

Surf on an lake in Wales

You might not expect to find surfing inland in Snowdonia. However, this Welsh national park is home to Surf Snowdonia, Britain’s only artificial surfing lake, where there’s a perfect wave every 90 seconds.

Although Birmingham city centre feels as urban as it gets, the city is said to have more canals than Venice. Hit the waterways to explore Brum from a different point of view – B-Row are a not-for-profit taking up to eight kayakers out at a time.

Ride the fastest zip line in the world

Zip World in North Wales boasts the largest zip zone in Europe. Riders turn up to Penrhyn Quarry in Bethesda to “fly” face down at speeds of up to 125 miles per hour. You get the chance to psych yourself up on the Little Zipper before taking to the trucks to the very top for Velocity 2.

This truly unique tour takes in Devon’s bustling Brixham Fish Market. At 6am, the auction for every type of fish is well under way and scallops, squid, crab, plaice and sea bass – to name just a few – are snapped up by buyers for the best restaurants in the UK and beyond. The tour is followed by a fishy breakfast at Rockfish Restaurant, which looks over the fishing fleet from the quayside.

Take an alpaca for a walk

From Hampshire to Yorkshire and beyond, a cute phenomenon has taken off: taking an alpaca for a walk. After a quick briefing, you get teamed up with a friendly and inquisitive alpaca and you take it for a stroll in the countryside. Just think of the selfies.

You might not expect to see orcas in UK waters but in fact there’s a permanent pod off the west coast of Scotland, as well as regular migratory pods who follow mackerel and herring shoals (and hunt seal pups) in the summer months. The largest member of the dolphin family, orcas are occasionally seen on cruises from Orkney, Shetland (pictured) and the Hebrides. Check out why we love cruising in Scotland here.

If you’ve ever fancied exploring a world-renowned zoo by night, London Zoo is the place. The brightly coloured Gir Lion Lodges offers simple Gujarati-inspired accommodation in a recreation of an Indian village. The “Land of the Lions” is home to four Asiatic lions – listening to them roar from your private veranda is a pretty special experience. Find more off-beat things to do in London here.

Take a tour of a disused tube station and poke around the city’s secret tunnels on one of the London Transport Museum’s massively popular subterranean tours. You’ll discover a deep-level WWII shelter in Clapham, an underground station in Mayfair where Churchill sheltered during the Blitz and you’ll navigate a network of tunnels below Euston. It will give you a totally new perspective on London.

The formal gardens and woodland at Alnwick Garden hide an altogether more unusual – and dangerous – attraction. The Poison Garden was created by the Duchess of Northumberland to highlight the dangerous nature of, well, nature. Free guided tours will introduce you to plants such as belladonna, hemlock and cannabis. This is one place where you shouldn’t need reminding not to touch. Here's why we love Northumberland for a British break.

Walk beneath the River Thames

There are more than 200 bridges over the River Thames, but just three foot tunnels that run under it. The 1902 Greenwich Foot Tunnel replaced the ferry service between Greenwich and the Isle of Dogs – the Grade II-listed entrance domes might be fancy, but the tunnel is anything but. Read our guide to London for more quirky things to do.

It seems the British public can’t get enough of films so bad they’re good and Bristol Bad Film Club hosts sell-out screenings basking in the glory of the awfulness of a terrible script and terrible acting. The 2003 Tragi-comedy The Room is often cited as the worst film never made, and writer/director/producer and cult figure Tommy Wiseau recently put in an appearance at Bad Film Club.

This splendid Italianate village in Gwynedd, North Wales is the design folly of its founder, architect Clough Williams-Ellis. His creative vision for Portmeirion drew heavily on the coloured facades of Portofino for inspiration and he set out to salvage classical buildings from demolition. You can explore the Riviera style houses by day or stay overnight – or book tickets for the annual arts and music Festival No. 6.

The Isles of Scilly lie 28 miles west of Cornwall’s Lands End and the climate here is far warmer than the mainland. The extraordinary subtropical Tresco Abbey Garden is home to over 20,000 species of plants from 80 countries that can only thrive here because of the long hours of sunshine – and careful tending.

Husky sledding might be more typical in Scandinavia and the wilds of Canada, but if your budget is a little more modest, then look to Scotland. Rallies take place in the winter months and there’s a centre for dog sled racing in Aviemore in Inverness-shire where you can go on safari.

You can stroll the shifting sands of the narrow tombolo, or ayre, that joins St Ninian’s Isle to the Shetland mainland. Waves crash in simultaneously on either side of this spit of sand and you can cross to the isle made famous when Pictish treasure was found buried beneath the ancient chapel here. Chesil Beach in Dorset is another example of a tombolo.