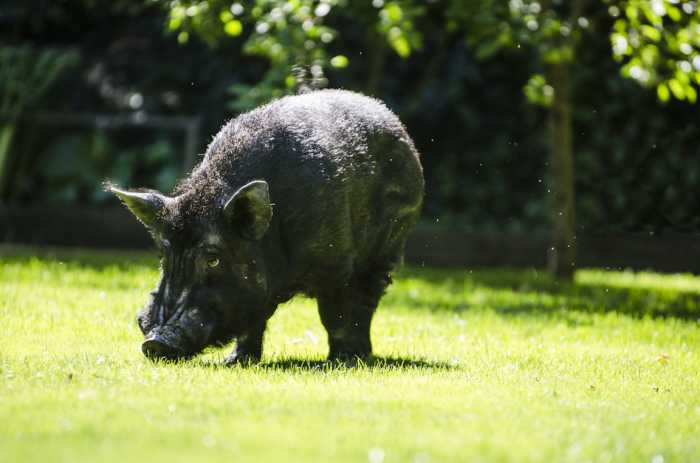 Our homesitters are prepared for all eventualities and no homesit is ever the same. Some though are more unusual than others and can involve looking after unfamiliar animals or doing something unexpected – such as working at a hedgehog sanctuary!

This is what happened to two of our homesitters, Paula and Gavin Rose from Broadstone in Dorset. They have been working with us for around four years, since they decided to stop working full-time and try something new.

The Roses do around twelve assignments each year, varying in length from three or four days to a month at a time. Typically, they look after dogs and cats, although they’ve also looked after chickens and a tortoise, but one of their assignments involved working at a hedgehog sanctuary.

The couple were asked by their client if they would help out at a nearby hedgehog sanctuary, while they were looking after the client’s home and two dogs and a cat.The job involved feeding rescued hedgehogs that were sick and injured, and weighing them to check they were progressing well. Once the hedgehogs recovered they were reintroduced to their natural habitat.

Paula told us, “It was a really interesting homesit and we enjoyed learning to handle and care for the hedgehogs, it’s not often you get to see these little creatures close up and we took great pleasure in helping with their recovery.”

Most assignments start with people asking us to find a dog sitter or a pet sitter. It’s very unusual for us to be asked to find a pig sitter, but that’s what happened when we were contacted by London-based Karen Hope and her family.

Eight years ago Karen wanted a homesitter to look after the family pet - a Vietnamese pot-bellied pig called Truffle – as they were going away.

Karen explained that pigs tend to be sensitive and temperamental animals and they also don’t like to be moved, so the family needed someone to live in their house and look after him.

Owning a pet pig was the idea of Karen’s partner Paul who is allergic to dogs. Originally, Truffle lived in the house but he was soon moved outside when he became too big and given his own sty in the garden.

The family now also have Roka the terrier, a corn snake called Toffee, a gecko named Bubblegum and a tortoise called Ginger. As the family tend to go away every eight weeks they always use homesitters. They find the service invaluable, as they can get all their animals cared for at home, as well as having someone looking after their home.

Karen said, “The homesitters we have met have all been wonderful. We find them to be incredibly reliable and conscientious. We like to use the same ones if we can as they are familiar with our home and the animals’ routines and Roka now adores both of the couples we use regularly. We like the combination of knowing that the animals are being well looked after and that the house is secure.”

She also explained that although some people may be unsure of how to look after a pet pig, Truffle is actually very easy to look after. He needs feeding every day and likes to be stroked – and after a root around in the garden he can be bribed back into his pen with a piece of fruit.

Karen recalls the first time they used Homesitters, “The homesitters who first looked after Truffle were called Mr and Mrs Banks – Truffle was very happy with them so we always asked for them when booking – we used to call them The Piggy-Banks!”

Or fill in our online contact form and someone will get back to you.