Peter and Julie Barnes fill their retirement with adventure 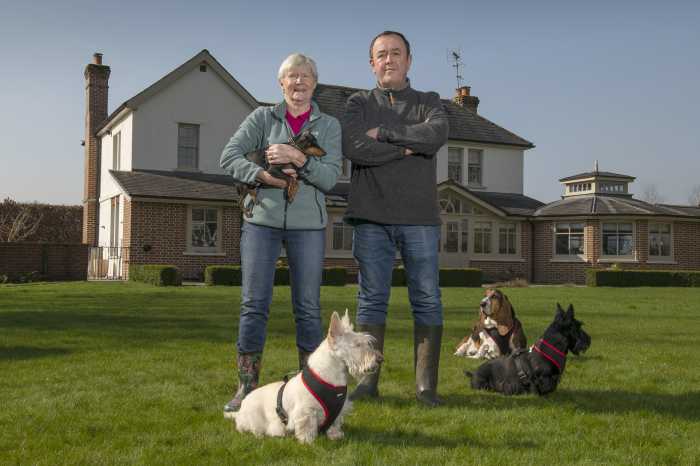 Peter and Julie Barnes from Churchdown in Gloucestershire are both in their 60s and have been home and pet sitting for three years since retiring. Before retiring, Peter spent many years in the Armed Forces, including fifteen years in the Royal Marines before leaving to work in the printing industry. Julie was a swimming coach and a manager at a large leisure centre in Gloucester.

The couple wanted to do something adventurous in their retirement. Peter was keen to get a dog, but the couple also wanted to travel, which would be difficult with a pet. Peter remembered an advert for Homesitters Ltd he’d seen in a magazine in the doctor’s surgery. Homesitters employs people to stay in their clients homes while they are away and keep them secure and look after any pets. Peter realised the role could offer the perfect solution.

Thanks to his military career, Peter was confident his background in discipline and security could be put to good use looking after people’s properties. The couple applied for the role and following an interview were employed by the company.

One of their favourite parts of the job is travel and exploring new places. The couple especially love to spend time in the countryside because they enjoy walking and wildlife spotting.

Julie says, “We do a lot of homesits around the Cotswolds near where we live and really enjoy going to different places. One thing we’ve discovered is that even if we’re only going thirty miles or so from our home, it is very often to somewhere we haven’t heard of before!

“There’s a limited amount of exploring you can do while you’re working and we’re really enjoying discovering new places. Even going back to the same places at different times of the year is fun. We might stay somewhere in the winter when it’s cold and snowy, and then a few months later go again when it’s warm and all the flowers are out, and it’s a totally different experience!”

The couple also love to spend time with pets. Peter is a dog lover while Julie likes spending time with cats and looking after chickens. They both enjoy walking the dogs together, and in particular, combining a long dog walk in the country with a pub lunch.

Peter says, “We can’t help but fall in love with the pets - they all have different characters. We looked after two black Labradors who loved to play in the snow, a Red Setter that tried to join the local hunt and a beautiful Rhodesian Ridgeback who would sit and watch us read. We even looked after a parrot who would mimic Julie’s voice so I would think she was in the room talking to me when it was the parrot!

“We never know what’s going to happen from one day to the next so we keep a travel journal to remind us of all the wonderful places we’ve been, the pets we’ve looked after and the people we’ve met.”

The couple earn a modest salary from homesitting which they put towards spending money for their holidays, but Peter says money was the last thing on their agenda when they enquired about a position with Homesitters - it was the benefits of the role that appealed most.

He comments, “We’ve had several customers contact us after a homesit to tell us how relaxed their pets are after their time with us and to thank us for looking after them - that’s reward in itself.”