Rhyl, Prestatyn & Abergele Journal - Dangerous animals and wildlife to watch out for this summer | Rhyl Journal 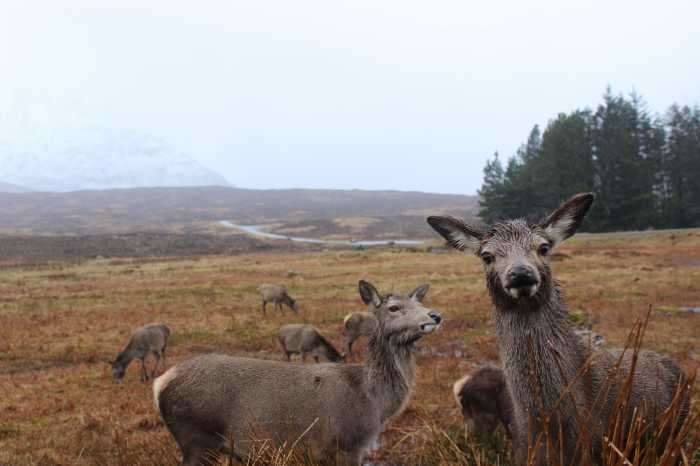 Photo by Austin Tiffany on Unsplash

AS THE weather warms up and we begin to spend more time in the great outdoors, there are a number of dangerous species we need to watch out for.

Luckily in Britain, deadly animals are not commonplace however there are still a great deal of dangerous animals and wildlife that we need to be careful around.

From skin blistering plants to blood sucking creepy crawlies and pet eating rodents - knowing how to identify danger and how to respond to it, could just save you or your loved ones from a lot of pain.

Here are 10 dangerous animals and plants to watch out for this summer: 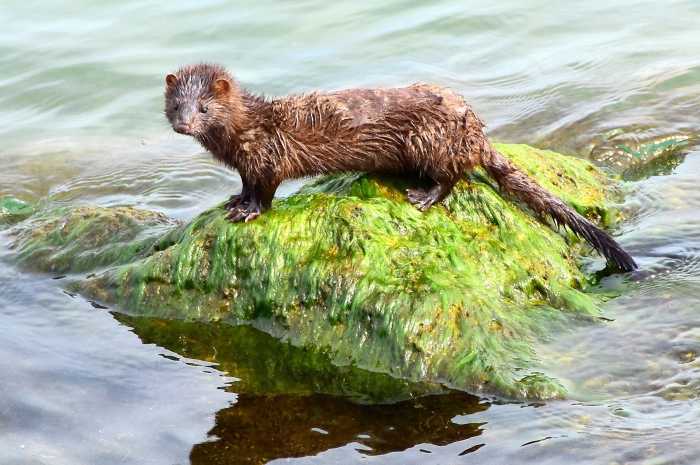 They may look sweet and harmless from afar but the mink have a vicious and aggressive nature that has had a major impact on our native fauna in Britain over the years.

The American mink (which we have in the UK) were brought here for fur-farming but the lethal rodents either escaped or were released into nature by activists in the 70s.

Mink have a devastating effect on wildlife, preying on vulnerable species like kingfisher and water vole but they will also attack domestic pets.

Luckily with the resurgence of the otter population across the country, mink are becoming a lot rarer. 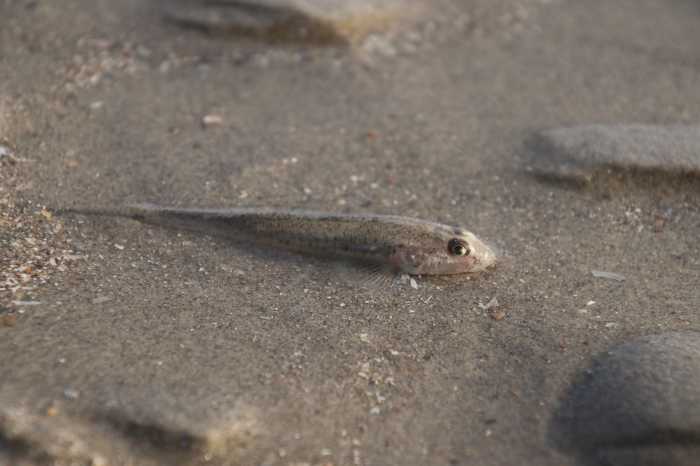 Photo by Hilde Demeester on Unsplash

Practically invisible, weever fish bury themselves in the sand and have a nasty venomous sting.

If you’ve ever seen someone limping around the beach or sitting at the lifeguard hut with their foot in a bowl of water, chances are they’ve been stung by a weever fish.

The most common symptoms include swelling, itching, numbness, headaches, joint aches, and occasionally vomiting - if you are stung by a weever fish your best bet is to head to the lifeguard tower.

Treatment of the sting is simple but you must find a source of hot water (as hot as you can bear), this helps to break down the venom protein and reduce spasms. 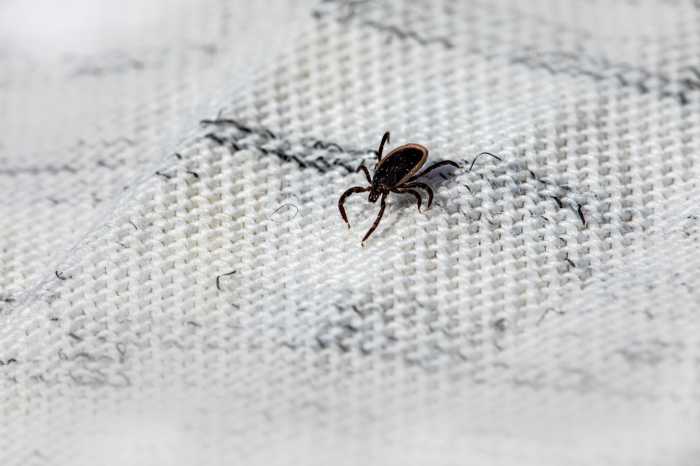 Photo by Erik Karits on Unsplash

Most tick bites are harmless however around 10 per-cent of ticks carry Lyme disease which infects 3,000 people a year in the UK, according to Public Health England.

Ticks that may cause Lyme disease can be found all over the UK, but high-risk areas include grassy and wooded areas in southern England and the Scottish Highlands.

If at any point after a tick bite you begin experiencing unusual symptoms such as fever, rash, or joint pain, it's important that you seek medical care right away.

To remove a tick use a fine-tipped tweezer and grasp the tick as close to the skin as possible the pull directly upwards with steady pressure.

After removing the tick, thoroughly clean the bite area and your hands with rubbing alcohol or soap and water - it's important that you never crush a tick with your fingers. 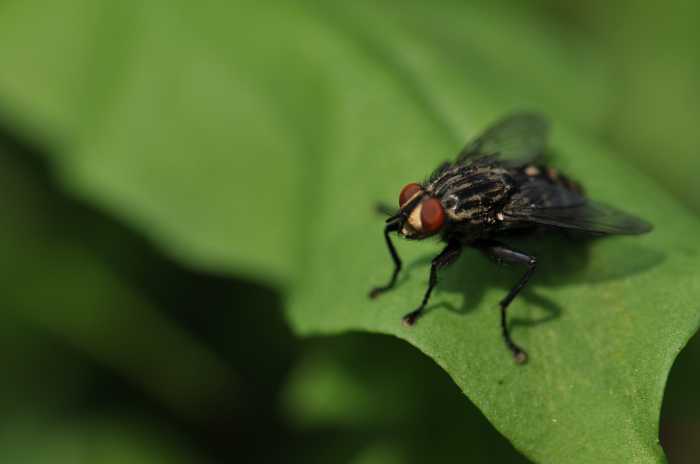 The Blandford fly is a species of bloodsucking black fly found across Europe from Turkey to Scandinavia.

The name originates from Blandford Forum in Dorset where there was a major outbreak in the 1960s and 1970s.

The Blandford fly is around 2 to 3mm in size and gives a particularly nasty and painful bite which can lead to swelling, blistering, joint pain and sometimes a high temperature.

Humans make a good meal for the fly which usually stays low to the ground, so ankles and legs are the places most likely to be bitten. 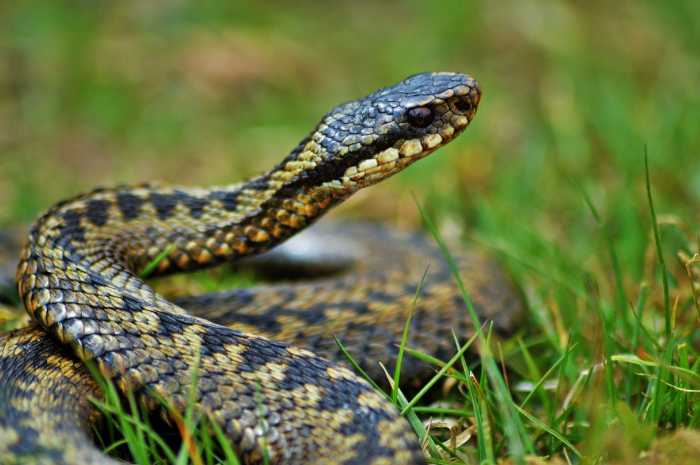 Image by James Common from Pixabay

Adders are quite common in parts of the UK, favouring open rough ground, heathland and the edge of woodland.

The adder is the UK's only venomous snake though its poison is generally of little danger to humans.

An adder bite can be very painful and cause a nasty inflammation and is dangerous to the very young, ill or old.

If bitten, medical attention should be sought immediately.

The greyish snake can be identified by its dark and very distinct zig-zag pattern down its back, and red eye.

Sunny spots are popular with resting or weary adders. 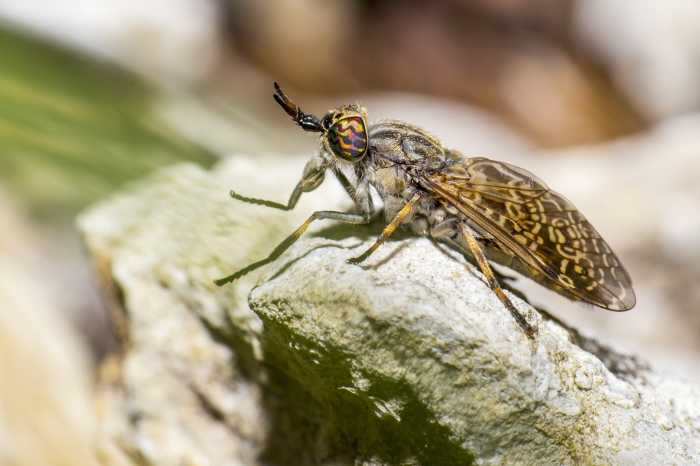 Image by Erik Karits from Pixabay

Though horseflies rarely cause death, they do spread various parasites, viruses and bacteria.

Some people can have bad reactions to horsefly bites so it’s best to stay vigilant as the temperature rises - they are usually found near cattle, horse stables and woodlands.

For most people, the bites are painful and annoying but for some, they can be very dangerous.

If you are bitten you will probably notice a raised red area of skin around the bite.

Other symptoms include a raised rash, dizziness, wheezing, weakness and part of your body becoming puffy and swollen.

You should wash the bite immediately and add a cold compress.

See your GP if you have symptoms of an infection, such as pus or increasing pain, redness and swelling. 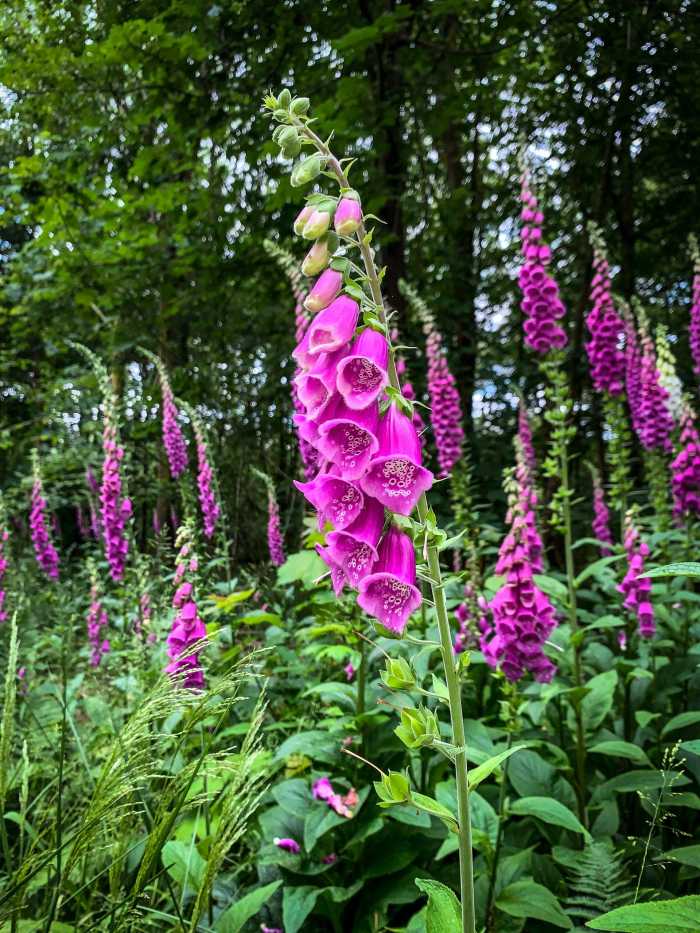 Photo by Taylor Cowling on Unsplash

These vibrant and beautiful plants and extremely deceiving - Foxgloves are one of the most poisonous plants and cause at least 190 urgent alerts to the National Poisons Information Service each year.

Children are extremely susceptible to foxglove poisoning and should always be watched with care when walking around these plants.

You should also take care when handling this foxgloves though all parts of it can cause allergic reactions, but the berries are particularly poisonous.

Ingesting even a small amount can cause unpleasant effects, and in some cases death.

Larger amounts of berries can result in death; although cases of this are rare, they have been documented. 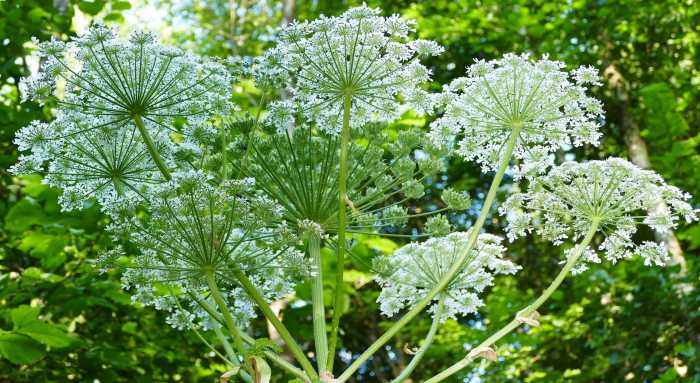 Image by ramboldheiner from Pixabay

Giant hogweed was introduced into the UK as an ornamental plant for lakesides and gardens but the plant's sap can cause lifelong blistering and burning of the skin.

Introduced in the Victorian era, the plant escaped into the wider countryside and gained notoriety in the 70s when the effects of the sap were widely documented.

Giant Hogweed sap is extremely toxic to the skin in sunlight, making it a serious and significant danger to public health.

Contact with any part of the plant, followed by exposure to sunlight, can cause severe blistering to the skin and discomfort which can continue for years. 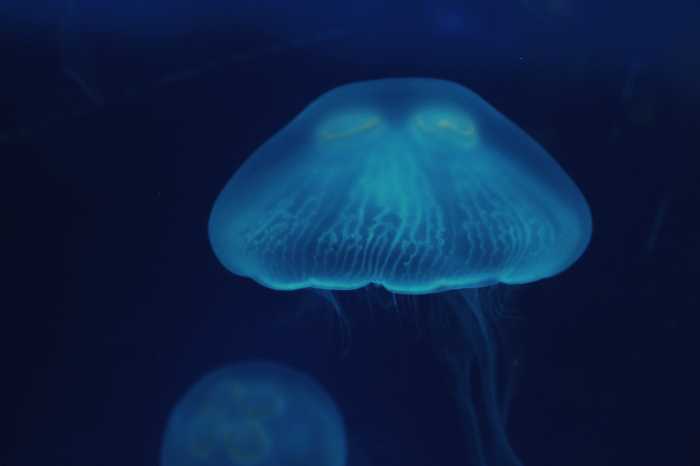 Numerous species of jellyfish can be spotted along the Great British coastline, with the majority seen inshore during the spring and summer.

In 2014, hundreds of barrel jellyfish - which have a very mild sting despite their size - were spotted along the Dorset coast.

The mauve stinger is a small jellyfish last seen off the south coast in 2015 - it has long tentacles and warty structures on its 'bell' which are full of stinging cells.

Large blooms of mauve stinger jellyfish have also wiped out salmon stocks in fish farms in the UK, while the same species regularly closes down bathing beaches in the Mediterranean due to the animal’s painful sting. 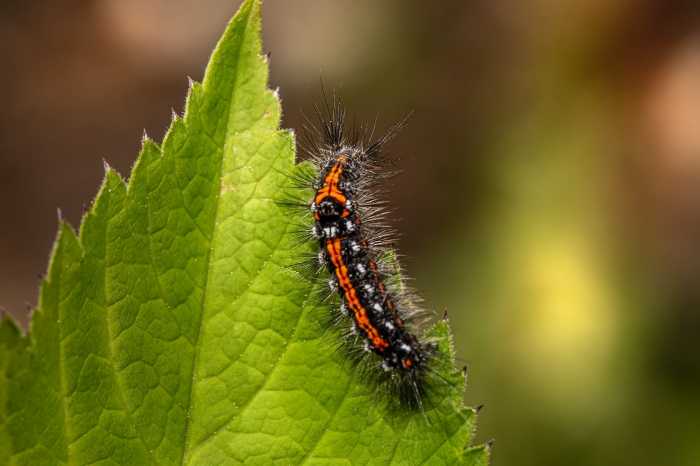 Photo by Erik Karits on Unsplash

Though sweet and small, hairy caterpillars can be a menace to public health due to their tiny hairs.

Most commonly seen during the warmer months, these caterpillars can release their hairs as a defence mechanism.

The hairs cause rashes, itchiness and eye and throat problems. They can also trigger asthma attacks and vomiting.

To read the original article written by Nicole Baddeley for Rhyl Journal for please visit: Dangerous animals and wildlife to watch out for this summer | Rhyl Journal