Pets Radar - How to choose the right pet rabbit

Summer dangers for dogs and what to look out for 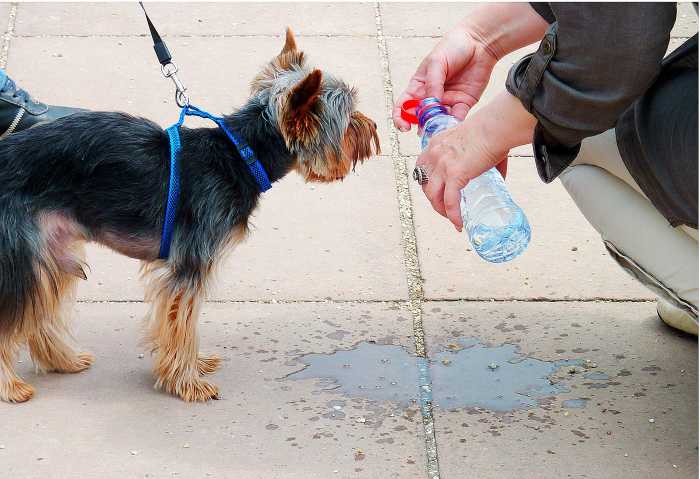 Summer is a great time of year to enjoy looking after a dog, but it can also come with particular dangers that owners and homesitters need to be aware of. Here we run through some of the most common dangers to our canine friends.

The recent heatwave has resulted in several news articles about dogs dying from heat stroke, but it can happen even at relatively low temperatures. One five year old otherwise healthy dog recently died while being walked at 9am when the temperature was only 21C[i].

The RSPCA warns that people need to avoid exercising dogs during the hottest part of the day and recognise the symptoms of heatstroke. These include excessive panting, dribbling, and collapse. They say once a dog is displaying symptoms, serious damage may have already occurred, emphasising why prevention is essential.

The RSPCA say a dog suspected of suffering heatstroke should be moved to a cool place, preferably with a draught, dampened with cool, not freezing, water, and given immediate veterinary attention.

Dehydration can cause serious complications for dogs and becomes more of a danger during the summer months. It’s important to limit exercise and excessive ball throwing in hot weather and always take water and a fold up water bowl if you are going to be out for a long time or on a car journey. If there are clean rivers and lakes close by let dogs go for a drink and a swim to cool down, if it’s safe to do so.

Being left in a car

Leaving a dog in a car should be avoided during the summer months even with the windows open. Dogs can very quickly start to show signs of distress, even if the outside temperature doesn’t seem too hot and if left could suffer heatstroke.

When it’s 22 degrees, in a car it can reach an unbearable 47 degrees within the hour. The RSPCA warns it can take as little as six minutes for a dog to die in a hot car[ii] so if you see a dog in distress in a car this summer dial 999[iii].

Ingesting too much fresh or salt water

There have been two recent incidents with dogs dying because they have ingested too much water. In July a fit and healthy Springer Spaniel[iv] died in the Lake District after playing fetch with a ball in a lake for too long. And in the USA a Labrador[v] died a few days after drinking too much sea water. It’s important to be extra careful when playing with dogs near rivers, lakes and the sea to avoid water intoxication.

Another potential danger to dogs near fresh water is blue-green algae - a term used to describe a group of bacteria, called cyanobacteria. This is poisonous to dogs and according to the dog charity, Blue Cross[vi], tends to appear in non-flowing fresh water such as lakes and ponds during hot weather when there is less rainfall, but can also occur at other times of the year.

This can be difficult to see, so dog walkers should look out for warning signs and not let dogs swim or drink from the water if they suspect it could be there. Symptoms of blue-green algae poisoning include:

Dogs should be taken immediately to the vets if they think they could have been poisoned and while there is no antidote, the chances of survival are greater if caught early.

According to the Kennel Club[viii] ticks rank second to mosquitoes in infectious disease spread to humans and pets. Ticks are small parasites that are found in grassy areas that are more common in spring and autumn. They can cause lyme disease in both dogs and humans which can bring lifelong complications.

Dogs in particular are susceptible to picking up ticks as they often run through long grass. After a walk check their body, paws and ears, and remove any found as soon as possible with a special tick removing tweezer.Typical symptoms of lyme disease include intermittent lameness, fever and lethargy and dogs should be taken to the vet if it’s suspected.

Other summer dangers include bee stings, as dogs can be allergic to them; BBQs where people should be careful what scraps they feed dogs and dispose of hot coals carefully, plus hot tarmac and pavements, which can burn paws.

People having picnics can also prove tempting to dogs off leads so be careful if walking in busy parks as most people will not be amused by a dog stealing their food.

While it might seem like you’ll spend the whole summer worrying – being mindful of these dangers and knowing what to do can help ensure a great summer for both you and your dog!

And for homesitters who may not know the behaviour of the dog be sure to ask the owners in your preliminary meeting if there is anything you should be aware of.

For instance, does the dog love water and should therefore be kept on a lead if close to unsafe rivers and lakes or are they a breed that is more susceptible to heatstroke, such as short nosed breeds such as pugs, boxers and bulldogs.

For both dog owners and homesitters being prepared will go a long way to avoiding most of these hazards. Happy summer holidays!