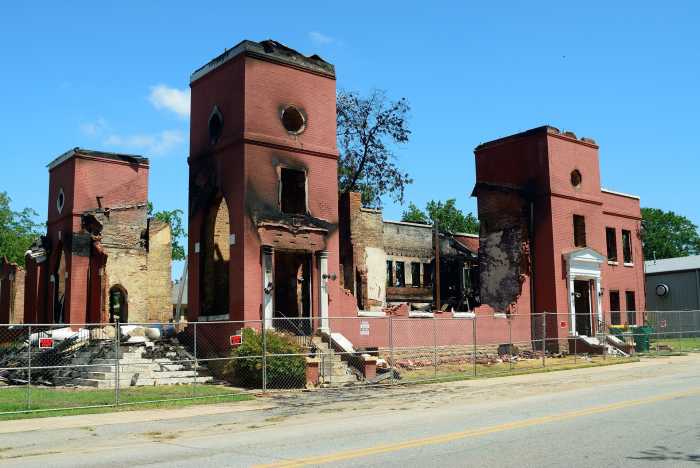 Empty commercial properties and homes going through probate are vulnerable to all sorts of problems that not only cause damage to the property but also cost money to fix. Here is a run-down of just a few of the things that can happen:

With no lights on and no one at home it’s easy for vandals to target an empty property and do no end of damage from smashing windows and breaking through doors to graffiti.

Fly tipping is a big problem in the UK as councils have made it complicated and costly to get rid of rubbish. This can lead to some unscrupulous people dumping stuff in the grounds or gardens of empty property during the night.

Home insurers will usually charge higher premiums for properties that are empty for more than a certain number of days. Probate is a lengthy process so this can become costly. Unoccupied commercial property insurance is also significantly higher than if the premises were occupied and can be trickier to arrange.

Things can go wrong with all properties but if no one is there to deal with them straightaway it can make the situation worse. Burst pipes, broken windows, slates coming off roofs, exposed electrical wires and flooding from bad weather are all potential risks with vacant properties.

The risk of fire is greater in unoccupied properties and they could become a target for arsonists. Teenagers and young adults may also hang out and smoke there, which is another potential fire hazard.There are also risks from fires starting from leaking gas pipes and faulty or damp electrics.

Properties left unaired and without heating can soon become susceptible to damp and mould. This can be made worse if there are small leaks in pipes or roofs, or water can easily get in through cracked windows, flooring and guttering.

When properties go through probate often the family can’t or won’t do anything with the house until the will is decided by the court, which could mean valuable items, furniture and even antiques are left in the house and vulnerable to theft.

Copper pipework, other metals and even radiators could even be removed to sell. Empty commercial properties could also be targets for thieves if they contain valuable items, equipment or machinery.

An empty home or commercial property can also become a target for criminals for all sorts of illegal activity from growing and selling drugs to storing stolen goods. Illegal raves and other gatherings could also occur at larger properties.

Vermin such as rats can be attracted to empty properties, especially if there is a build-up of rubbish inside or out. They can cause damage and also become an issue with neighbouring properties.

In addition because toilets and sinks aren’t being used – sewers aren’t being flushed through regularly which can lead to nasty smells and even allow for rats to get in more easily.

The registered caretaker can also carry out site-management duties and keep the property in good order for viewings, contractors and future owners. They won’t leave the property unoccupied for more than three consecutive hours during daylight or one hour after dark. We can also provide 24 hour cover where the property is never left unattended, if required.

One couple, employed by us for the past 15 years to look after homes and commercial property, are Yolande (66) and Clive Noble (71).

Yolande says, “Empty properties are vulnerable to all sorts of damage if left unoccupied so employing a live-in caretaker is invaluable. Too many things can go wrong in terms of vandals and squatters, but also general maintenance issues.

“We recently saved a client around £300 a month because of a plumbing problem and water being continually heated, wasting a lot of calor gas. We monitored this and recommended a plumber was brought in to fix it. This saved the client a lot of money as it probably wouldn’t have been spotted for months.”

If you have an empty home or commercial property and want vacant property protection please give us a call on 01296 630 730 to discuss your requirements.