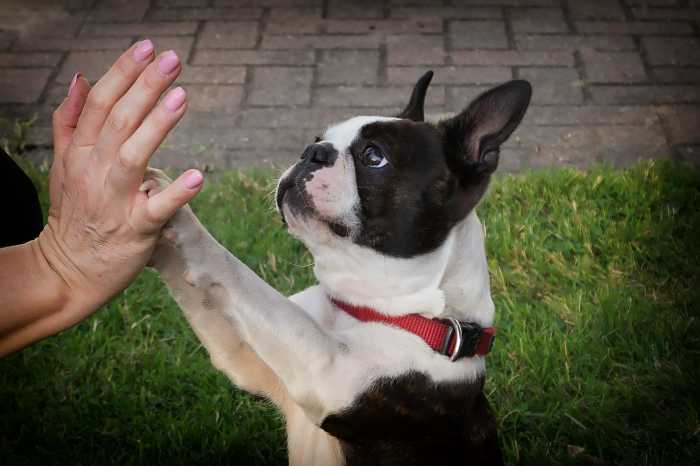 A study by the Co-op found more than a quarter of owners saw pet bereavement as difficult to cope with as losing a family member and a third equated it to the loss of a friend.

In April I said goodbye to my lovely girl Daisy who had been by my side for nine years. I wanted time to stand still that day, to cuddle her forever.

The last three months have been tough, but we are so thankful for the incredible support and love we have been shown to help us through.

I started this blog for many reasons, including helping owners through different experiences and inevitably, pet bereavement is one of them.

The Co-op research found half of those who lost a pet were still grieving two months later and 16 per cent struggled for a year (that'll be me).

I’m very much an open book when it comes to emotions and if I need to cry there is no stopping me. Thankfully I work from home so I was free to bawl any time I wanted.

She said: “Sometimes people worry about talking to their partner or children or in her case, grandchildren, but they are all animal lovers and will want to help. Bottling things up can lead to problems further down the line so it’s best to let it out.”

2. And it’s ok to show you’re upset to others

My boyfriend Tommy had to tell his two daughters Hannah and Millie that Daisy had been very poorly and was tired so we helped her go to sleep so she didn't have to suffer.

They adored her and understandably were heartbroken and miss her so much. Helping children understand a pet passing away is difficult and I worried about being emotional in front of them.

So I spoke to a counsellor friend and she explained that it’s healthy to show your feelings in front of children so they learn that we need to ‘feel’ sadness and express ourselves.

3. Writing down your feelings can be easier than saying them (Image: Pinterest)

Talking doesn’t come naturally to everyone. Writing down what you’re experiencing can be helpful.

We were fortunate in that we knew when we were going to lose Daisy as she was put to sleep, so we were able to say our goodbyes.

Pets can die suddenly and if that’s the case, then you don’t have chance. But, whatever the circumstances, you can write a letter to them and tell them what you’d like to say.

4. Getting out in the fresh air helps

Even though Daisy was old and slowed down in the final months, she still enjoyed going for walks, just at a gentler pace.

At first, I couldn’t face going to the places where we’d been so many times together, seeing the other dogs and her not being with me.

But getting out in the fresh air means you get the 20 minutes recommended exercise each day which is good for your physical and mental health too.

Shona says: “Self care is important too, so ensure you get enough sleep, eat well and get out in the fresh air as you did with your dog.”

5. Dogs have lots of Doppelgangers!

In nine years of having Daisy, I very rarely saw a dog who looked like her, apart from Penny who we found on Instagram who I am sure is one of her sisters.

You can see the similarity in the photos above - huge thanks to her owner Kirsty for being so lovely and sympathetic as I am always first to comment whenever she shares a photo of her.

Now, everywhere I go I see dogs who look just like her. The first weekend after we lost her, a double for Daisy popped up at the next table when we were out having dinner.

A few weeks later we saw a Daisy lookalike being carried down steps to a beer garden - we did the same in her final months too.

At first, I’d burst into tears, but now I try to compose myself and tell myself it’s her coming to see us.

6. You can’t replace them but another dog eases the heartache

After losing Daisy, I spoke with an old work friend who said it made him feel angry when people asked when he was going to get a new dog after losing his dog Charlie.

“I was livid. I thought they were saying he was replaceable,” he said. “We lasted a few months and then we got Duke. I realise now why people said it and it was the best decision we made.

“It was a welcome distraction. When we started seeing Charlie’s traits in Duke it felt like he was living on in some way.”

For some, caring for another pet is a way of dealing with grief. A survey by homesitters.co.uk found a fifth looked after other pets because it had been so upsetting losing a pet that they couldn't have one of their own.

We’re not ready yet but I know in time there will be another dog to fill the Daisy shaped hole in our lives.

7. Treasure every day you shared

I was lucky working from home that I got to spend a lot of time with Daisy.

In her final few weeks I pretty much gave up work to enjoy time with her as she'd recently been diagnosed with Dementia and I wanted to comfort her as much as I could.

We’d just moved to Newcastle and one of my friends Jane said to me: “Why don’t you take a month or so off work and help her settle in?”

I’m so glad she did - she didn’t know what was around the corner and nor did we. We went for nice walks, trips to the beach and I made sure someone was always with her making a fuss of her.

Even though I didn’t know she was nearing the end of her life, I’m so glad I was able to be there for her.

8. The painful memories fade and are replaced with fun ones! © Les Wilson

Losing a pet is traumatic. I’m really thankful that Daisy going was so calm and peaceful, but I felt so many emotions. Shock, pain, guilt, anger, fear about what life will be like without her.

I wanted to turn back time and just be with her. At first, all I could think about was the end and the final days of being really frightened of someone horrible happening to her.

But as the weeks passed, those painful memories began to fade. Instead, the funny things she did and the happy times we shared - like the personal shop she had with Pet London - one of my fave photos of her - came into my mind more.

You still smile inanely at dogs as you did when you had them with you, then feel like a crazy dog lady because they're not there.

I find myself beaming and saying ‘hello’ to dogs of all shapes and sizes when walking around the park on my own.

We looked after a friend’s dog Ziggy shortly after Daisy died. At first it felt strange - I felt sad it wasn’t her and even slightly guilty.

Ziggy is a lovely, friendly young dog, and like Daisy went bonkers at reflections and shadows. Recognising her traits in him, even though he’s a big bouncy Sproodle and she was a little terrier, helped us remember her.

Seeing a wagging tail and waking to the patter of paws every morning reassures me I need to give another rescue dog a second chance, and it’s what Daisy would have wanted too.

If you'd like to understand more about pet bereavement, you might like to read How losing her dog inspired Shona McLean to become a pet bereavement counsellor or Saying goodbye to our gorgeous girl Daisy.

To find out more on becoming a homesitter to enjoy the company of pets, please click here.