Xposé.ie - Couple who quit jobs reveal how they now enjoy a celebrity lifestyle by living in strangers' houses 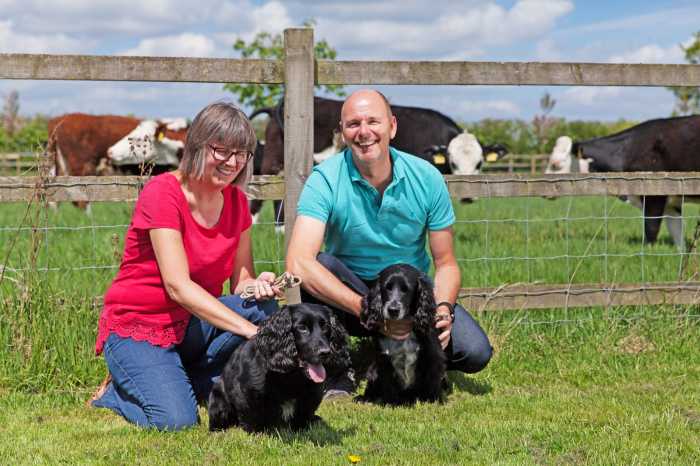 A couple have revealed how they enjoy a celebrity lifestyle – taking six holidays a year and living in six-bedroom mansions with swimming pools – thanks to quitting the nine to five.

Fed-up with the daily grind, former £12,000-a-year part-time customer service assistant Janet Groom, 51, of Biddenden, Kent, had a lightbulb moment when she spotted a magazine feature about house and pet sitting.

Since persuading her husband Steve, 55 – then a civil servant with a £28,000 annual salary – to resign, downsize and caretake people’s properties and pets instead, she said they have lived like the rich and famous, adding: “There’s so much variety.”

She added: “We can be at a 10-bed house in the countryside, with a swimming pool and tennis courts, or a house by the river Thames in London.

“It really is lovely. Sometimes, I just lie by the side of the pool and send a picture to my family, teasing them. It does feel like we’re having a holiday. so we can pay for another holiday!”

Now spending up to half of each month living in sprawling country manors and luxurious city homes, Janet first left her job in 2011, when she was 44, with Steve quitting the civil service, where he had worked for 32 years, soon after.

Janet, 51, said: “We absolutely love our life now. The people we work with are fantastic and make sure that we really feel at home – even though we aren’t staying in our house. We love looking after their pets.

“It really doesn’t feel like work at all, but it helps to give us lots of time away each year as well.” 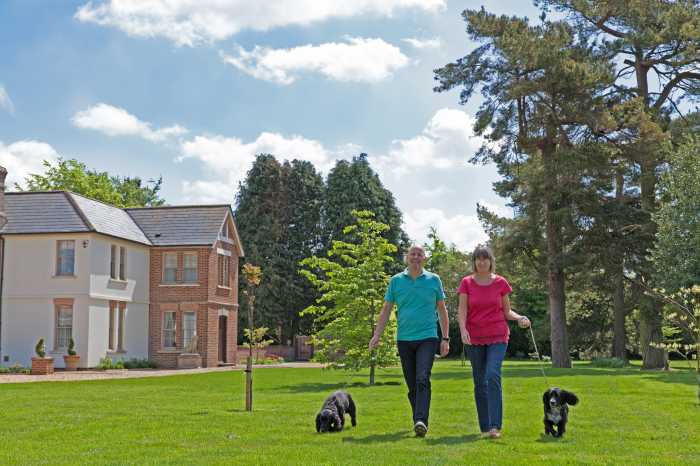 She said: “I’d always worked in an office environment and had been working in various call centre customer service roles for about 10 years.

“I wasn’t very happy with my job and decided to give it up, take some time and had planned to do something else – but it didn’t work out that way.”

When she realised Steve was sick of his job, too, she knew the world could be their oyster.

Janet laughed: “We were lying in bed one night and I just said. ‘If you aren’t happy with your job, resign.’

“In my head, I started to do some figures. I thought that if we downsized and earned a little bit on the side, we could manage.

“I’d read about house sitting in a magazine and had always dreamed about doing it but, at that stage, it wasn’t possible.”

She continued: “But now, speaking to Steve about giving up work, too, I knew it would be something we could do together.”

She added: “We also signed up to a website called Homesitters, because we knew someone who had worked with them before.

“After meeting the people behind it, we were all set, thinking it would be the perfect way to pay for the extra luxuries, like our holidays.”

Within weeks, Janet and Steve were fully-booked to move into a succession of gorgeous homes, all within an 80 mile radius of their flat and now earn up to £300 a month between them from homesitting – also receiving allowances for food and travel.

Janet, who said the couple save the money, using it to finance their six annual holidays, explained: “When we first started, we were doing so many, but we have cut them down a bit.

“I insist now that we do no longer than a week in one place and that we have a week off afterwards. It can be tiresome packing and unpacking all the time and I do like some time at home to see my family and friends.

“We love travelling and seeing the world and since giving up our jobs, we have been able to do so much more of that. We can be quite flexible, so we can book cheap city-breaks and then we usually manage two all-inclusive breaks a year. Without home and pet sitting, we wouldn’t be able to do any of that.”

Having now completed around 100 jobs, the couple particularly enjoy meeting and looking after the animals at each home.

Janet said: “One of our biggest tasks is looking after the pets – mostly it’s dogs or cats, but we’ve had everything from sheep and goats to chickens.

“Before this, I wasn’t a dog person at all, but I have really fallen in love with them. I love cuddling them and taking them for walks and Steve loves playing with them.”

She added: “At the moment, we are too busy looking after other people’s pets to have our own, but we’d now like a dog one day.”

Despite retirement being just five years away for Steve, the couple are so happy in their new roles, that he has no plans to put his feet up just yet.

“We might cut down on the amount we do, but we absolutely love it,” said Janet. “Even when we do retire, we’d still love to do a few house sitting stints, as we get to stay in lovely places, with lovely pets. We’re so glad we gave up our jobs – as this is the perfect lifestyle for us.”

To read the original story on Xposé.ie, please click here.