Congratulations to Homesitters Ltd success in the People’s Choice Awards 2020!

Going On A Trip Without Your Pet? Here's How To Prepare.

As working from home could become a new norm, so could green home improvements gather momentum

Tips for pampering your pets

One of UK's top vets recommends you stop and think before buying a dog from abroad!

The 10 Most Iconic Dogs in TV History

Following the property market opening, inquiries to agents on properties rises by roughly 88 per cent. 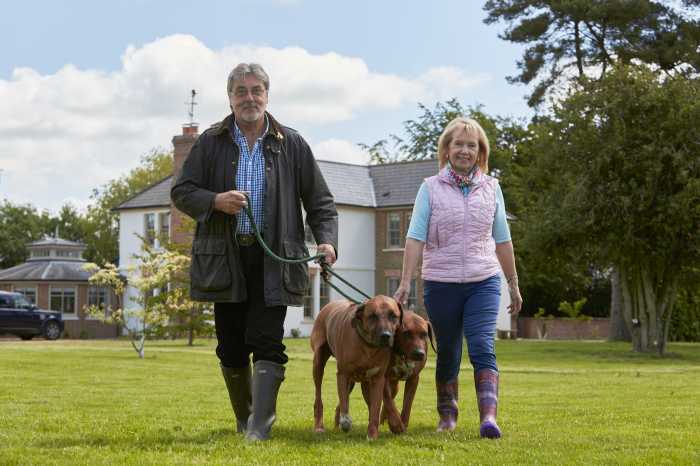 The idea of backpacking around the globe conjures up images of school leavers on a gap year, sleeping on the beach or cheek-by-jowl in crowded youth hostels, and forging new relationships with everything but a bar of soap.

However, adventure should not just be wasted on the young . A growing number of professionals, or parents whose children have left home, are setting off to see the world without blowing their savings and in a tad more luxury. Enter the global house sitters.

Claire Richmond, originally from Streatham, in south London, first "went travelling" in 1980, aged 22, when she caught the tail end of the hippy trail, and eventually settled in Hobart, Tasmania, with her husband, Jerry.

Fast forward 30 years and Richmond admits she felt in a rut after selling her arts and crafts business. She had spent her working life selling from her shops and stall in Salamanca market in the Tasmanian capital, but the thought of slaving away until retirement at 67 filled her with

horror. "The kids had left home and we were going to sell the house, bank the money and live cheaply in Asia," she says.

So, she set off for Bali on a fact-finding mission. What she found must have sounded good, because Jerry back home suddenly handed in his notice as a catamaran engineer, only telling her afterwards. "I felt a bit sick at the time," says Richmond. "We didn’t have any savings and we weren’t sure we could live off the interest of the house sale."

However, that all changed when a friend suggested housesitting.

"We were curious, so we Googled it and signed up to a couple of agencies. It opened up a whole new world. We would not have to be stuck exclusively in Asia because we couldn’t afford to go back to Australia, and we could return to the UK to visit family and friends without the awkwardness of having to stay with them."

They bought a small house to rent out in Hobart and in the first year had wall-to-wall housesitting jobs in London, Sussex, Cornwall, Spain, Melbourne and back in Hobart with TrustedHousesitters.com and Aussiehousesitters.com.au.

"Our age group is in demand with homeowners; people feel more confident if you’ve raised a family and owned a home and they know we’re too decrepit to party."

It’s a rather nomadic life, but there’s a way to hold on to a sense of home. "I’d say keep a house back home and rent it out so you can always return if you want to. It’s not a permanent lifestyle, but it’s a great way to find out where you want to live," she says. "We are now based in Vietnam for most of the year, with three or four months housesitting in Australia and the UK."

But is it too much like hard work? Richmond says not. "Generally, it’s just looking after the animals and keeping to their routine, taking dogs for walks and watering the garden. And we get to stay in some fabulous properties."

TrustedHousesitters was set up by Andy Peck, 44, in 2010 after he cared for three dogs and two cats in a villa with a vineyard and pool in Galicia, Spain. He spent two years with a back pack "trialling" the concept around the world with his wife, Rachel, gleaning first-hand insights into pet owners’ needs while promoting the business.

It’s now a network of 20,000 members, with house sitters from the UK, Australasia, the United States and Canada, and home owners in 70 countries. House sitters and homeowners both pay a monthly subscription starting from £6.99 per month.

"We like to call it a ‘sharing economy’," says Peck, who is originally from Brighton. No money changes hands; instead travellers exchange "soft" assets time, care, a love of pets, a comfortable home and a desire to see the world.

Profiles of house sitters and homeowners are listed on the site, along with references and any police check information. All the arrangements are made directly between sitter and owner.

After retiring to the Cotswolds in their mid-50s on a good pension, Tim and Jill Clark were intrigued by an ad in the back of Country Life from the Buckinghamshire-based company Homesitters. That was 13 years ago and they now spend almost half the year in other people’s homes a château in the Dordogne and a 500-acre estate with an 18-bedroom house are just two of their temporary homes that people would pay thousands a week to rent.

Clark, a former sales and marketing executive, has something of a Doctor Dolittle reputation, having clocked up care for more than 37 breeds of dogs, at least seven pedigree cats, numerous reptiles including a nest of 27 pythons, million-pound race horses, alpacas, ornamental fish, birds, rare-breed pigs and sheep, rodents and a Goliath bird-eating tarantula, all recorded on a "menagerie" spreadsheet.

He grew up in Kenya, where he had monkeys and snakes as pets, and so nothing fazes him. "People are very trusting. You’re left with good instructions and have the appropriate back-up from local vets. Jill won’t deal with the snakes, but I don’t mind."

The Clarks pick and choose their assignments, avoiding Christmas, which they spend with their family, and never staying more than three weeks. "We have done back-to-back sitting as we’re both accredited homesitters," he adds. "Jill can finish off one and I can be starting on another."

After registering with Homesitters, there is a telephone interview, followed by a rigorous face-to-face meeting at the company’s headquarters, and three references are required. Before taking on an assignment, Homesitters arranges for the sitter to meet the client and pets and look around the house.

Most of their sitters work within 80 miles of their home; much of the work is in London and the Home Counties, but Homesitters is UK-wide. The client pays a small daily allowance for food, travel expenses and 1.75 hours’ work per day. Sitters are free to explore the area as long as they are not away from the house for more than three consecutive hours during daylight or more than one hour after dark. Insurance and a 24-hour support line are provided in case of problems. Sitters aren’t allowed guests at any time.

Isn’t that a bit lonely? Clark disagrees. "We are very happy with our own company. Jill will go and see the grandchildren for a few days if we’re on a long sit." The Clarks intend to continue housesitting as long as they are able. "We get to swim in the nicest pools, use the saunas and tennis courts and the animals have become like grandchildren. You have the fun of them and hand them back at the end of day."

Would you make a good house sitter?

Here are the essential skills needed:

* Love of animals (though some home sits just want security)

* Ability to be happy in isolated places

* Even temper and politeness, especially to the neighbours * Skilled packer you may live out of a suitcase

Congratulations to Homesitters Ltd success in the People’s Choice Awards 2020!