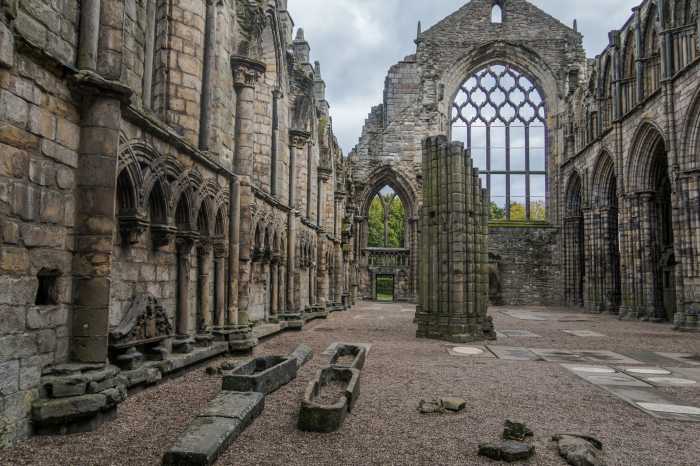 Photo by Emran Yousof on Unsplash

Written by Stephanie Anthony for Yours

From breathtaking vistas to centuries’ old ruins, travel back in time and don your walking shoes to follow in the footsteps of history.

If you have a hankering for history, or are seeking new paths for your #Walk1000Miles challenge there's plenty to be found on foot around the UK.

Thanks to the variety of cultures and kingdoms that have inhabited Britain over the centuries, echoes of the past can be found everywhere.

Whether it’s a romantic ruin or a Neolithic monument, you can be sure there’s a trail to take you there.

These are our favourite British gems to seek out this season... 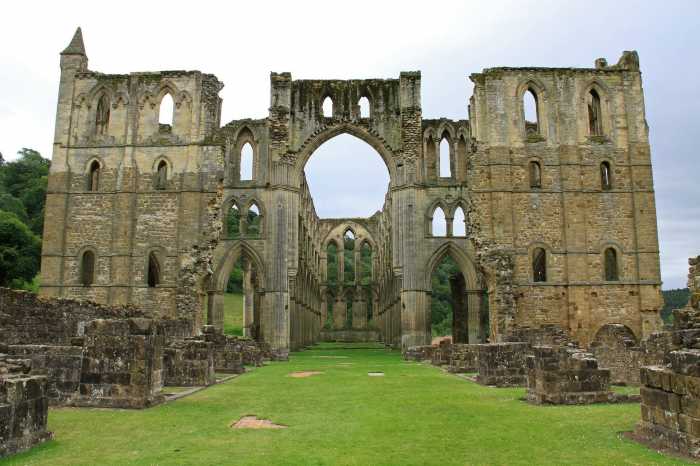 Image by Roger Thissen from Pixabay

Take a scenic walk between two of North Yorkshire’s most famous sites. You’ll begin at Helmsley Castle – once a mighty fortress that became a luxurious Tudor mansion, then a picturesque ruin in Victorian times.

As well as oodles of history, the route offers a taste of some beautiful British countryside, leading you through fields, secluded woodland and country tracks before arriving at the ruin of one of England’s most powerful Cistercian monasteries – Rievaulx Abbey. Here, you’ll feel the presence of long-gone medieval monks and learn about the rise and dramatic fall of the abbey at the fascinating museum, where you’ll enjoy previously unseen artefacts. 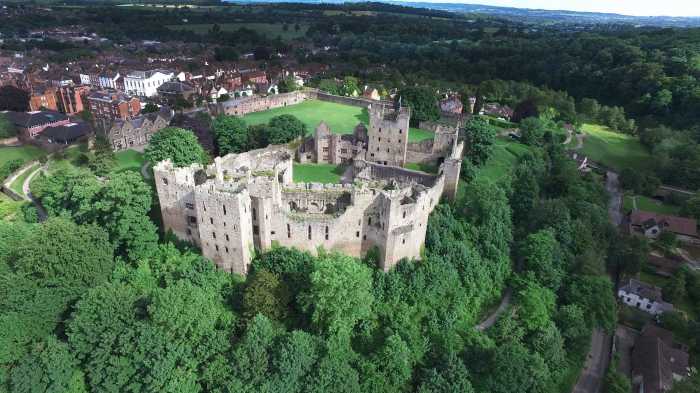 Photo by Colin Watts on Unsplash

This walk begins with a stroll around the many historic highlights in the medieval walled town of Ludlow. Beyond the famous black and white buildings you’ll find the imposing Ludlow Castle – with its ruined stone walls overlooking the River Teme – and the square bell tower of St Laurence’s Church – both dating back to Norman England.

Aside from the views, the Bread Walk itself has a fascinating history. In May 1886, a devastating flood washed away the walk along the river, causing Lord Clive to pay workers in bread and blankets to rebuild it – hence the name. The walk is also rich in fossils, thanks to the melting glaciers that once carved out the rolling Shropshire countryside. 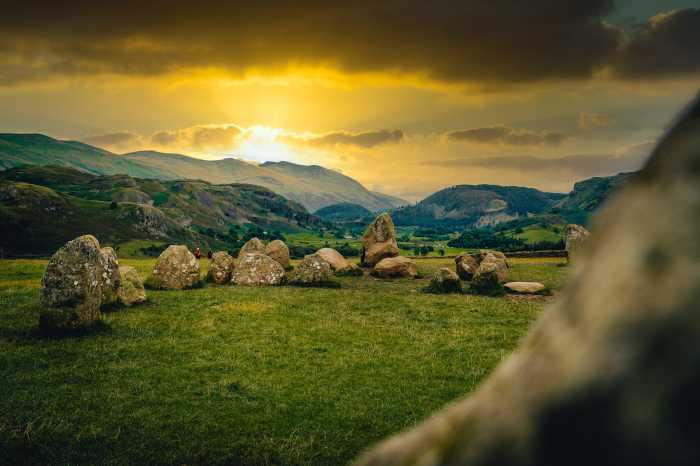 Photo by Jonny Gios on Unsplash

Set against a wonderfully dramatic backdrop, the 40-odd standing stones at Castlerigg are perhaps the most atmospheric of all British stone circles. Starting at Market Square Keswick, this walk offers panoramic views over the surrounding fells and the mountains of Helvellyn and High Seat.

The site itself dates back to the Neolithic period – 4,000 to 5,000 years ago – and is thought to be one of the UK’s earliest stone circles. The original purpose of the site still remains a mystery, but many have speculated that it could have been a trading post, a meeting place, a site for rituals or even a place for astronomical observatory.

Should you want to stretch your legs further in this lovely area, you can pick up the Keswick Railway Path which runs along a dismantled railway line just to the north of Castlerigg, offering picture-perfect views of the River Greta. 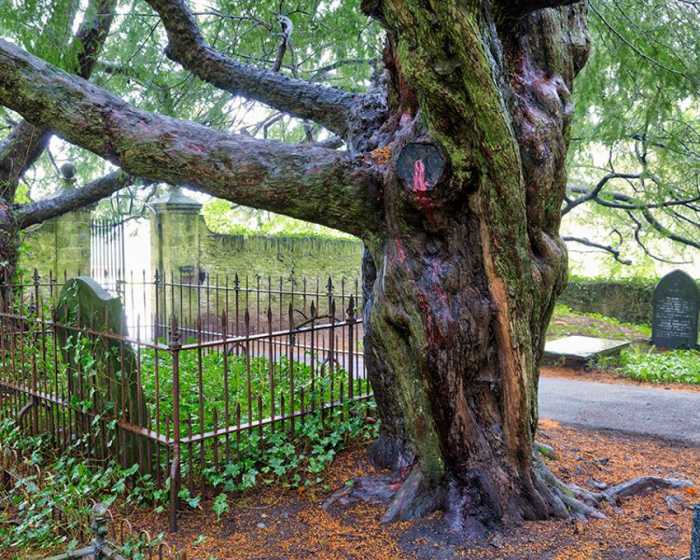 Explore this circular route around Nevern in Pembrokeshire. It starts in the grounds of St Brynach Church, dedicated to the early Sixth Century Irish Saint. Here, a 10th Century Celtic Cross stands in the churchyard – one of Wales’ earliest and most iconic Christian monuments. You’ll also find the celebrated ‘bleeding yew’ – whose seeping sap is blood red.

Take a detour into Nevern and you’ll come across the Pilgrims’ Cross carved on a rock face. Although it cannot be dated, it’s thought pilgrims on their way to St David’s Cathedral stopped here to pray.

Picking up the trail, you’ll pass through enchanting ancient woodland which skirts the river Nevern – keep an eye out for otters and salmon, sea trout and brown trout. Back at the starting point, perched high above, is Nevern Castle, with a natural gorge to one side and views over the surrounding countryside. The remains you can see here today are thought to date from Norman times, but it is also possible that the site has been occupied since the Iron Age – more than 2,000 years ago. 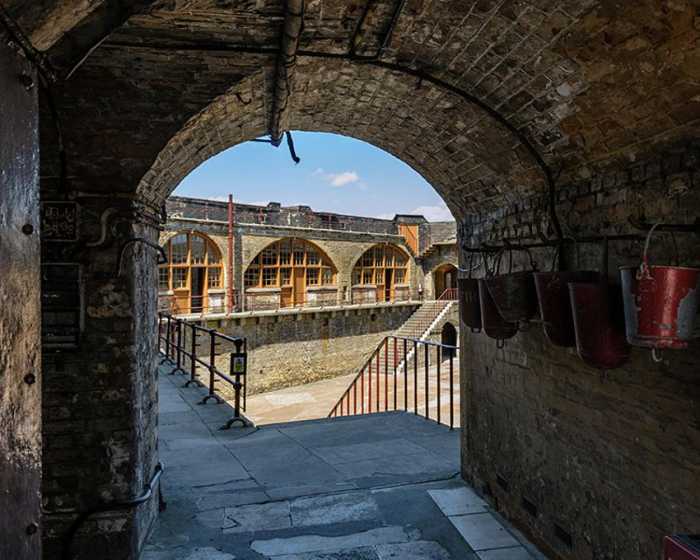 Wrap up warm and blow away the cobwebs for a wartime-inspired walk along the Suffolk coast. This six-mile stroll begins at Landguard Fort – the site of the last opposed seaborne invasion of England by the Dutch in 1667, who were pushed back by the Royal Marines in their first land battle. The fort here today was manned through both world wars and played an important anti-aircraft role.

En route, you can’t miss the Martello Towers. Small defensive forts in this design were built across the British Empire during the 19th Century.

Beautiful Bawdsey Manor marks the end of the walk – built in the 19th Century it was used as the base for Robert Watson-Watt (a Thirties pioneer of radio and radar technology) to carry out the research that led to the creation of the UK’s vital radar defence during the Battle of Britain.

If these routes have inspired you to get walking, how about setting yourself the challenge of Walk1000Miles. Run by our friends at Country Walking magazine, it's a great way to get out and about in the countryside, make friends, lose weight and most of all have fun!

Find out more about Walk1000Miles here.

To read the original article written by Stephanie Anthony for Yours, please visit: www.yours.co.uk/leisure/travel/historic-uk-walks/