Secure and confidential Find out more

Endorsed
by insurers Find out more 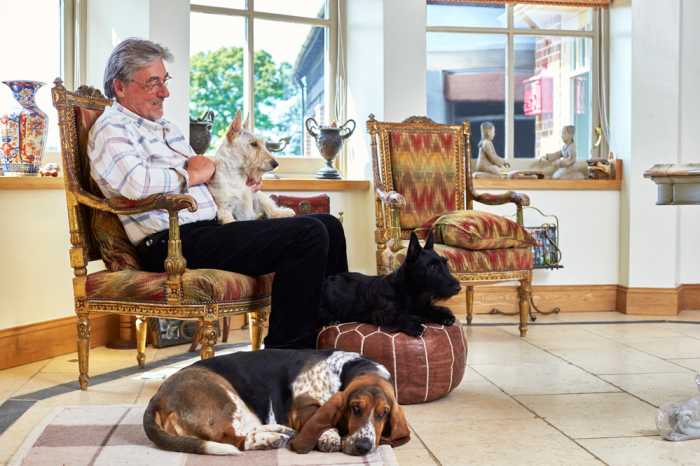 If you are a pet owner, you are probably reluctant to use kennels, catteries or other boarding establishments. Vets advise that pets are creatures of habit, happiest and healthiest when life is comfortable and straightforward with no surprises. Cats and dogs in particular may worry when suitcases appear, associating them with separation and, worse, a trip to the cattery or kennels.

A dog’s natural instinct when a member of their pack goes away is to guard the territory until they return. Being separated from both the territory and the pack can result in significant separation anxiety, presenting in symptoms such as pining, loss of appetite, gnawing, kennel cough, diarrhoea and self-harming.

Domestic cats may appear to be very independent but they too are territorial animals, attached to their home environment and frightened of unfamiliar places and smells. Most cats also appreciate human company – albeit on their own terms! Separation anxiety in cats who are isolated or left in a strange place can result in symptoms such as loss of appetite, spraying, scratching, hiding and excessive meowing.

When you’re away, the kindest arrangement for your pets is to leave them at home in familiar surroundings, following their usual routine. That’s exactly why Homesitters was set up. We provide a nationwide live-in pet-sitting service throughout the year, for domestic pets, birds and farm animals including poultry. We are particularly skilled with cats and dogs, but we are happy to discuss care for all creatures great and small.

Using a homesitter not only ensures the happiness of your pets, it can also simplify your pre-holiday workload considerably. Even if you have a menagerie of dogs, cats, small furry creatures, poultry and ponies, you can make arrangements for them all with just one call!